It has been a while, has it not? The whole My Favorite thing…

It is not for lack of imagination. Rather, I have been busy on many fronts. One such front is a new venture for me that might lead to a dream job. More on that when things sort itself out on that front.

This edition of My Favorites focuses on a list that would induce frustration. You probably had similar feelings, so we would feel commensurate in our thoughts.

During your time on this planet, you had vehicles that you always wanted to drive. In the end, you never did. Those opportunities seem so close, but ended up for naught.

There is nothing wrong with the term "should've, would've, could've." British R&B singer Beverely Knight would finish the phase with the retort of this being the "last words of a fool." Still, you had dreams of driving that one special ride, while reality would turn them into dust.

Sorry to be a Debbie Downer. It is the awful truth.

To turn your sorrows – and mine – into a ball of stress, allow me to list My Favorite vehicles I have never driven. We will cry later…

2004-2006 PONTIAC GTO AND 2008-09 G8: I must confess being a Holden fan before one would be considered for sale within the Continental USA. Holdens were sold in this country, if you count Hawai'i as being the only state to get them in the 1950s and 1960s. A visit by Bob Lutz to Fisherman's Bend opened the door for the Monaro coupe to be sold stateside. To do, various modifications were made to the car, including moving the gas tank to comply with USA safety regulations – losing a lot of trunk space in the process. Once the arrowhead badges and dual kidney grilles were applied, the Monaro was dubbed the GTO. That become the coupe you wanted if you had to choose between cruising the boulevard and carving out a canyon road. There were terrific, but, alas, no chance in driving one. They did not sell well enough to sustain continued sales.

The gang at Renaissance Center was not done with Fisherman's Bend. With the then-new VE Commodore ready to release, Pontiac wanted one for North American consumption to battle the Dodge Charger and Chrysler 300. In Pontiac trim, the G8 looked fantastic. They offered a V6 and a V8 initially – joined soon with the potent GXP. I could rent a V6 G8, but the rental car companies were keeping it away from its mainstream customers. Only the special ones got to drive this Aussie sedan. Still, the frustration of not having a turn behind the wheel of these Holdens-turned-Pontiacs could not hold back the tears when the arrowhead brand was left for dead in bankruptcy court.

Could I redeem myself by driving a Chevrolet SS – the VF Commodore now in America? Maybe. 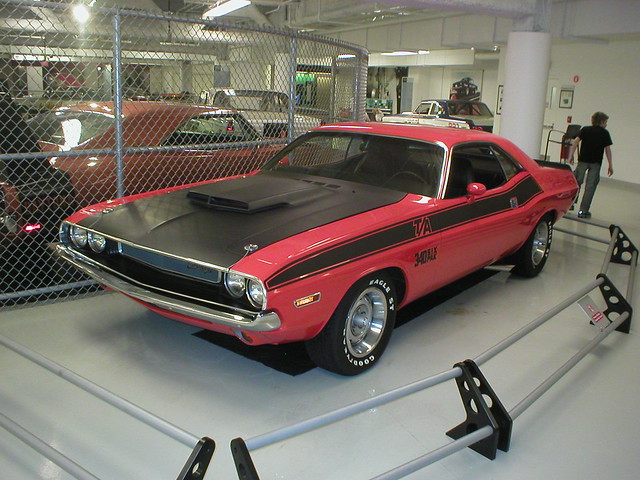 1970-1974 DODGE CHALLENGER/PLYMOUTH BARRACUDA: Just because my family owned one, does not mean I drove it! C'mon, would you let a 6, 7 or 8 year old drive a car? No. You bet I always wanted to drive it…

Consider this: The original Challenger and the last Barracuda were extraordinary designs. They took the ponycar idea further with unique lines and curves and power options that sent power to the stratosphere. Then, the Feds stepped in and took our HEMIs and Six-Packs away. That was 1972 with the installation of the EGR. The toothless Chally and 'Cuda were sent to the hopper by 1974 – along with Chrysler's commitment to quality.

As much as I love the new Chally, I miss the old one. On occasion, one would show up at a car show. With reverence, I just take my photo(s) and walk away. My idea of a classic automobile is only just a collector's paid by a better person's money. For now, I will enjoy the next "new" Chally that comes my way.

1977-1978 MASERATI KHAMSIN: If you have known me for years, I waxed poetic to this Marcello Gandini designed piece of provocative machinery. It was one of the few exotics that captured my imagination, as it was a 2+2 coupe with a piece of glass in the extreme rear by the taillamps – now a part of the Toyota Prius design language. It also came with a Chrysler Torque-Flite three-speed automatic, connected to Maserati's own 4.9liter V8. In other words, it was an exotic I can actually drive.

Some dismissed the Khamsin as the wrong successor to the famed Ghibli (the original one, not the new four-door sedan). Why? Because it featured luxury items that were never thought of in other exotic cars? We know that the rear seat is useless, but they did fold down similarly to a Porsche 911 for extra cargo space. Still it was ahead of its time, despite the cross in ownership Maserati was dealing with. Yet, one could not deny the rarity of this car. Maserati sold 155 of them in the USA – not sure how many of them had the automatic.

Sadly, I have not driven a Maserati. Though, I will admit being closer to doing so. I just wished it was this one.

1983-1989 ISUZU IMPULSE: This would come as a surprise – and it was. Being a college kid, I saw the Giugiaro designed, rear-drive sports car as an attainable exotic. The design alone was mind blowing – a concept put into production unscathed. The interior was comfortable, sporty and advanced for its time. It was as someone climbed on board a car of the future – at least it was my perception in 1983 when I got to touch one.

Underneath was the surprise. The chassis was shared with Isuzu's rear-drive platform that underpinned what we called the i-Mark – the Gemini is other markets. In essence, this was related to the Chevrolet Chevette, part of GM's global T-Car. A gorgeous sports car built on humble roots. Soon, humility moved aside for a suspension setup engineered by Lotus and a turbocharged four-cylinder engine good for 140 horsepower.

The original Impulse would have been massive fun for a college kid with a keen eye on cars. Sadly, Isuzu no longer sells cars. Impulses are hard to come by these days. If you know of one with an automatic that is in running condition and worth driving, do drop V&R a line… 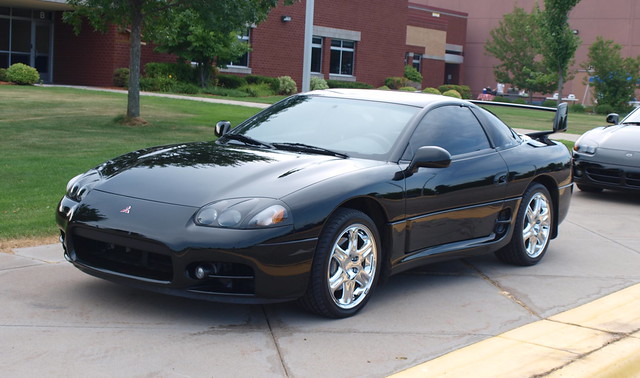 1991-1996 MITSUBISHI 3000GT: What do the Toyota Supra, Nissan 300ZX, Chevrolet Camaro, Pontiac Firebird, and Ford Mustang have in common? They were targets for perhaps one of the most advanced sports car ever crafted by the three-diamond brand. It was a big bruiser of a coupe – a 2+2 with an attitude and horsepower to prove it. How else would you describe the 3000GT?

North American versions began with a 220 horsepower 3.0liter DOHC, 24-valve V6. To enjoy a technological feast, you asked for the VR-4 with 296 horsepower, dual turbochargers, all-wheel steering, all-wheel drive, electronic suspension control and active aerodynamics. The VR-4 was way ahead of its time, since all of these technologies have found their way onto many of today's automobiles. Let us not forget the comprehensive interiors they offered – a mix of luxury and exotic. They were actually more comfortable than today's Nissan GT-R and Chevrolet Corvette Stingray.

Before anyone says "isn't the Dodge Stealth the same thing," let me make one thing clear: ain't nothing like the real thing! To me, the Mitsubishi version is more desirable. There are some still around – which is a blessing considering how much they represent today's machinery.

1974-1978 JAGUAR XJ SERIES II: The classic Jag is a study of arrogance. As the Xj kept the lines of older sedans, they modernized the chassis to lower the car's center of gravity, while maintaining engines that began to wane in relevance and quality. Yet, I could not deny loving those gorgeous lines, despite the rubber and plastic appendages placating the 5MPH bumper law. I thought Jaguar – British Leyland, if you must – did a good job on bumper integration during the mid-1970s.

The interior was like no other. The finest leather hides felt soft and buttery, as I placed my pre-teen self behind the somewhat thin steering wheel. A swath of wood framed the dials and gave birth to a glove box. That piece of wood gave the Jag its character. The private club came to your door and you were a part of it. That was until you started the engine. Yes, the six and the V12 sounded wonderful, but it lurked an evil side to it. Reliability was not a positive point when it came to British Leyland and they done onto Jaguars as they did onto Austins, Morrises, Rovers, Land Rovers, Range Rovers, MGs and Triumphs. I rather not bore you with the many maladies these two engines would give their owners, inducing some towards desperate measures – including dropping GM's 350 cubic inch V8 underneath the Jag's bonnet.

It is too bad that I could enjoy such a dream machine. I am also glad that Jaguars have improved millions times over with extraordinary machinery today.