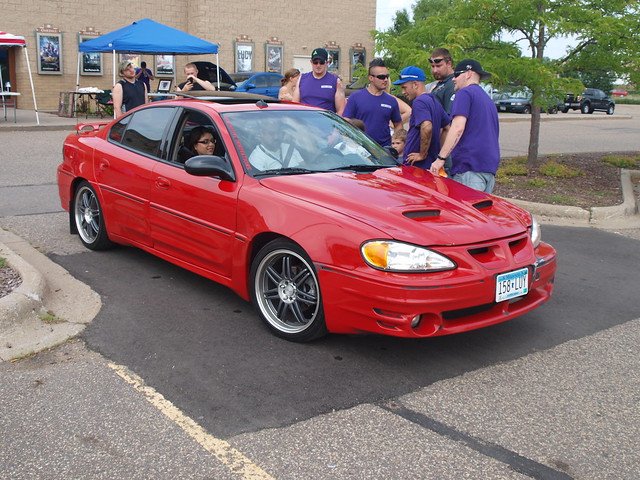 Everyone loves a Grand Am! – All Photos by Randy Stern

This decade saw six brands simply disappear from American showrooms: Pontiac, Saturn, Hummer, Mercury, Saab and Suzuki. They join the misbegotten that danced in front of us for our dollars. Some of these brands ended a lengthy history of success – and failure. Others were exercises on what was wrong with Detroit. You can decipher which ones were which.

Were there any memorable vehicles from the six brands that were wiped away from automotive history? Save for Hummer – yes. Why not Hummer? Never driven one – and I always felt they were utter garbage to begin with. A form of spit-elegance brought upon by the worst design for in-combat transport ruining a successful design forever. Thanks to Chrysler (and Fiat), World War II's greatest invention lives on.

As for Pontiac, Saturn and Mercury – I enjoyed plenty of miles driving vehicles sold under these brands. If I were to compile a list of five favorites amongst the misbegotten, they would be the following…

1985-2005 PONTIAC GRAND AM: When GM's X-Cars became too much of a mixed blessing for the company, they went back to the drawing board. They needed a small automobile that packed everything inside that slotted above the J-Car and below the popular mid-sizers of the time, the A-Car. Meanwhile, the Pontiac brand was looking for a smash hit – a volume seller on the scale of their Oldsmobile cousins. The 1985 Grand Am arrived as a triplet to the Oldsmobile Calais and Buick Skylark – yet the Grand Am was the big winner among the three. Pontiac touted that it was the “excitement” division in the mid-1980s and the Grand Am provided a semblance of that flavor. In the later years, that excitement grew with through three generations of front drive performance, sharp handling and attractive styling. It would be a common vehicle whenever I took the wheel – that counted in many places! Oh, and the stories I can tell driving in some of them…

1986-1995 MERCURY SABLE: As the Ford Taurus began to pummel the company's best-selling debut vehicle record, its coattails were felt over at the "Sign of the Cat" with a different look at the middle-market in North America. What if the future would look like for upwardly mobile North American families looking for a bit of luxury? The Sable answered this question with a greenhouse that wrapped around the back of the roofline, a light bar up front and Ford’s aerodynamic design signatures. The result is a luxurious silhouette that gracefully moved with the power of a 3.0litre V6. One might say it would the last great Mercury the brand ever sold. I would agree wholeheartedly. 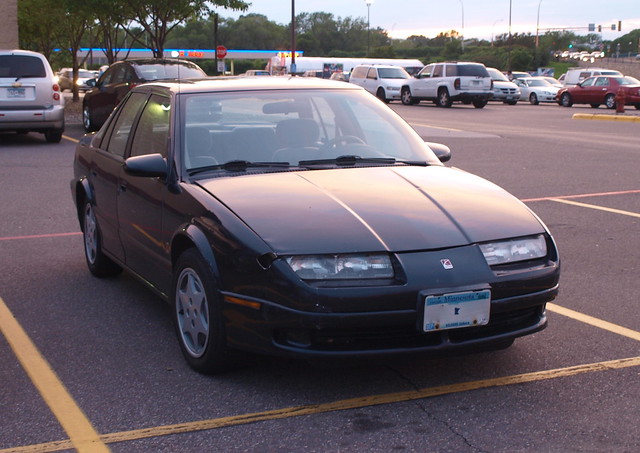 1991-2002 SATURN S-SERIES: A decade or so ago, these small Saturns were commonplace amongst my friends. They drove 'em all – sedans, coupes and wagons. My closest friend had a coupe, followed by a newer sedan. Even my brother bought one for his family – one of the first ones, may I add! I lost count of every one who had an S-Series. No, they weren't accommodating for my large frame, but others seem not to mind when they get behind the wheel. Yet S-Series drivers came in all stripes – it was one of the few automobiles out there that attracted a wide spectrum of owners that commanded a hugely loyal following. They were also pretty reliable, to boot! Needless to say, it was the most original automobile ever built in this country – no badge engineering, no sharing of major components – all incorporated into the most successful automobile built on a space frame.

1989-1999 SUZUKI SIDEKICK: Suzuki arrived in the U.S.A. showing us they can do small SUVs better than most. Their size gave Suzuki an advantage when it comes to traversing the tighter spots over rough terrains. While the SJ413 Samurai was nailed by Consumer Reports for their ability to roll over easily, Suzuki came back with a new SUV that was larger than the Samurai. What was great about the Sidekick was its ability to do the same job as the smaller SJ413 with a lot more confidence. It came in a soft top two-door, along with a hardtop two-door. A four-door version was added in short order. With more powerful four-cylinder engines, the Sidekick's four-wheel drive system was given more of a chance to tackle spots that the Samurai might have missed, while maintaining its place to find tight spots to get through. These were faithful machines that brought more customers to Suzuki when they needed them the most. 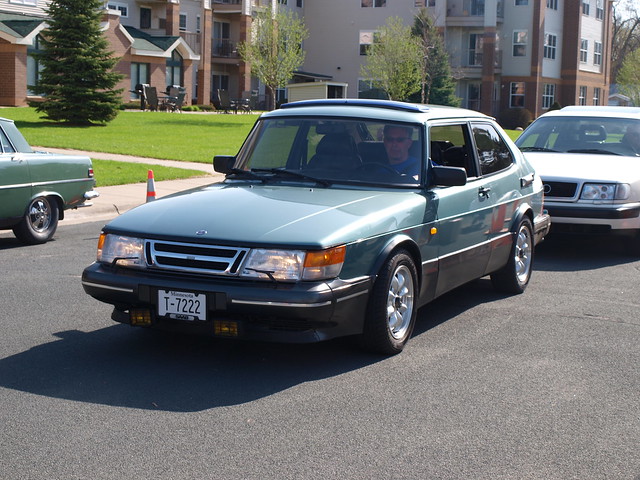 1979-1994 SAAB 900: Forget every other car Saab ever made. The older cars marked the brand for its quirkiness and oddity. The 99 made things a bit more normal. The 900 brought customers to the brand. It came at the right time – upward mobility thanks to a surge of "yuppies" permeating American society. These "yuppies" didn't want German cars, so the Saab was perfect! It advanced the turbocharged car further with its space efficient vehicle, front-wheel drive and excellent driving manners. It was not without its quirks – console-mounted ignition with its start in reverse on manual transmission cars and the way the hood opened front-ward and tilted once it cleared the front fascia. This particular was chosen because it was developed prior to general Motors' arrival at Trollhattan – a pure Saab through and through.