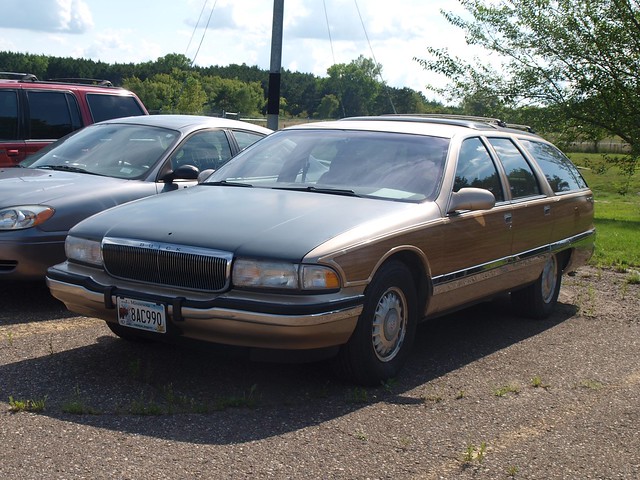 We shape our view of the automobile based on what we know…and how we comprehend it.

Growing up, that idea of the car, truck, minivan, and SUV was simpler then. Our memories shape how we were transported to school, after-school activities, and the occasional family night out. Your parents came home from their commute from work with the familiar fumbling of keys to lock up the vehicle after a hard day at a job that puts food on the table and a roof over your head.

Remember those days? You are probably living them right now.

This My Favorites column is dedicated to today's parents. It is because of your parents that you have taken on the role of bringing your children onto the world and setting them free once they leave high school. Rather, you have found parenthood later in life through adoption.

The vehicles listed below were the vehicles you grew up with. They could have been bought new from the showroom floor. Or, they were bought second hand somewhere. These are not specific vehicles, but vehicle types. You may recall them fondly…or not.

Let’s recalibrate your memory back to the days when your father meant what he said that he would stop the car if you did not behave…I'll join you in recapturing those moments, also. 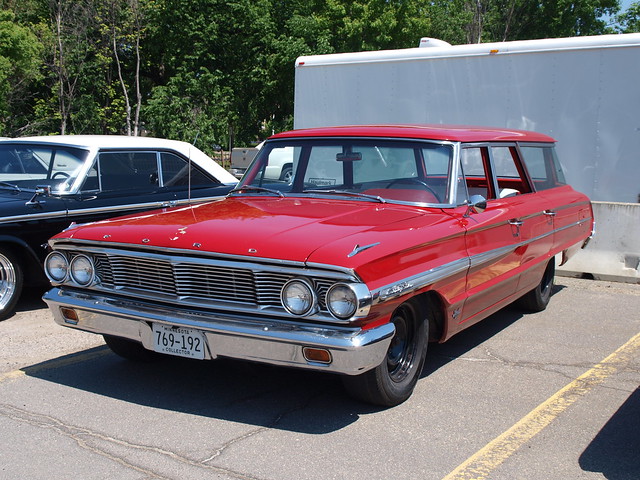 THE STATION WAGON: This was the family conveyance that started it all. Wagons existed before World War II but were seen as more utility vehicles than family transportation. As the war ended, a generation of parents found new ways to take their children places. The station wagon was based on the car – a longer roof for more cargo space with an option of a third row of seats, if needed. Wagon design took off after WWII with more integrated design, extra conveniences, and replicating the ease of driving as seen on their sedan and coupe brethren.

Another phenomenon that helped evolve the station wagon in the postwar era was finding an identity for them. The brand was one thing. The name of the model took on a personality onto its own. Ford had the Country Squire, Buick had the Estate Wagon, Pontiac had the Safari, and Chrysler with its Town & Country. All of these top-of-the-line models sporting (fake) wood siding and an air of family transport superiority. Lesser models also embodied their own identity, such as Chevrolet's Kingswood and Ford's Country Sedan – even without the luxurious wood siding.

Into the 1970s, you can get a station wagon in multiple sizes – starting with the Chevrolet Vega and Ford Pinto all the way up to the Oldsmobile Custom Cruiser. Even foreign brands got into the act – Datsun, Toyota, Volvo, Peugeot, Mercedes-Benz…you name it! Of course, the wagon soldiered on into the 1980s – smaller, but still spacious enough for families to take a trip together in one. Only a few wagons are still sold today. 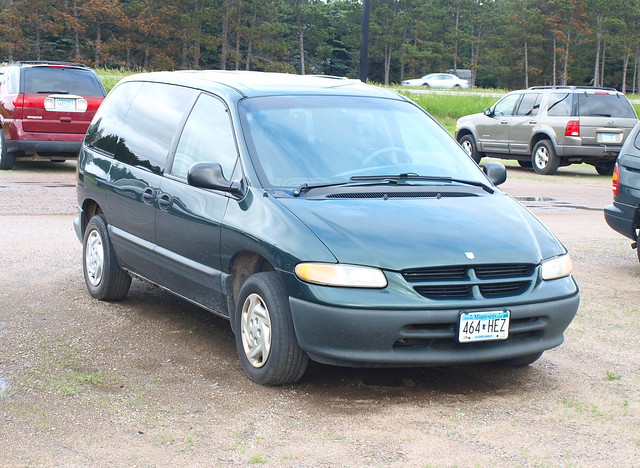 THE MINIVAN: In the fall of 1983, Lee Iacocca ushered in a new era in family transportation. The engineers at Chrysler took the company-saving K-Car platform and found a way to build a seven-passenger vehicle that was taller than a wagon, but smaller than a full-sized van. The 1984 Dodge Caravan and Plymouth Voyager were a transportation revolution that launched millions of ships and their passengers.

Like the station wagon, almost everyone got into the act of offering a minivan. Some even had upscale aspirations, such as the Chrysler Town & Country, Mercury Villager, and Oldsmobile Silhouette. Foreign brands also had their own minivan offerings – such as Toyota, Nissan, Mitsubishi, and Mazda. In all, they were an improvement in space over the big station wagon but can be garaged easily unlike a full-sized van.

Luckily, we still have new minivans out there. Thanks to Chrysler, Toyota, Honda, and Kia, today's families can relive their nightmares with their own brood to transport. However, these newer minivans gained a lot more conveniences and technology not found on the minivan you rode in as a child. 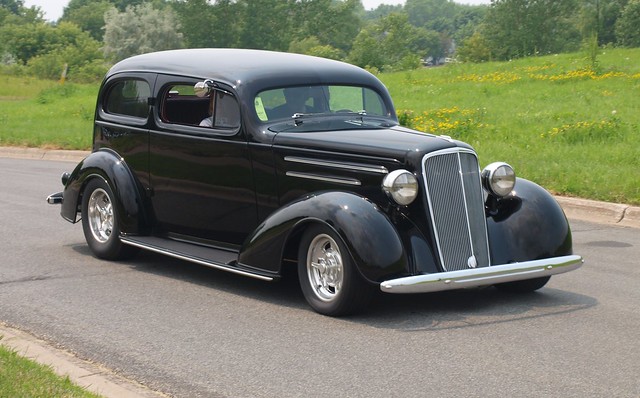 DAD'S OTHER CAR: If you were lucky enough as a child, you would see your dad (or mom) work on that other car in the garage for that one time it would see the light of day. That day he would take you for a ride out into the countryside – and back into the garage to sit for the next few weeks.

What kind of car would your parents have that would warrant such lack of use? It could be that prized hot rod or muscle car he got as a fixer-upper and is now running like a champ. It could be a sports car that needed tender loving care when it hit the road – and when it came back. It could be a rare classic that had been a family heirloom and is now in your parent's possession generations later.

Even as a child, you fondly remember that extra car. You may have that vehicle in your possession today. Some things are meant to not let go of – memories included. 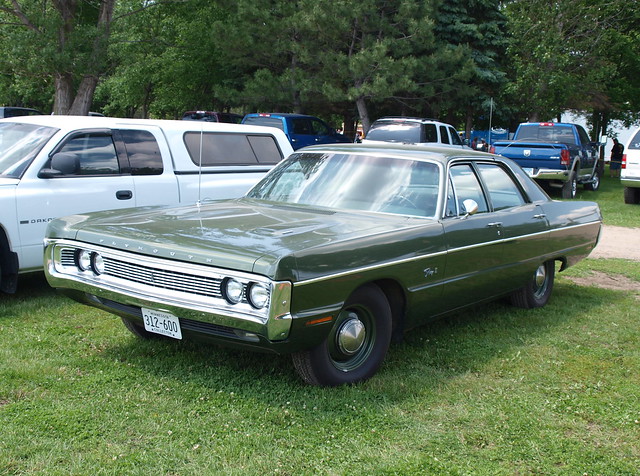 THE CAR YOU WERE EMBARRASSED TO BE SEEN IN: Your parents drove you to school on the one time the weather did not permit you to walk there. However, they had to take the one car they needed to get to work or to do the shopping in. It would be one where it was devoid of chrome, style, and substance. It was boring – at least to you.

Your parents may night have been able to afford a 1970 Chevrolet Impala or Caprice. They got a 1970 Bel Air with an inline six-cylinder engine instead. The same Chevrolet, but with fewer goodies found on more expensive models. Even Ford and Plymouth owners had to make do with less. You rode in a Custom 500, which is the same as a Galaxie 500, right? Your parents made do with a Fury I, knowing that a Gran Fury was cooler. This was true for smaller cars – that Oldsmobile F85 could have been a Cutlass Salon, right?

It all sounds like an old Eddie Murphy routine – the kid that did not get any ice cream when the truck rolled through. You lived through it. You grew up. Then, you got the car of your dreams! Think about it – base models today actually have a lot of standard equipment, including air conditioning! 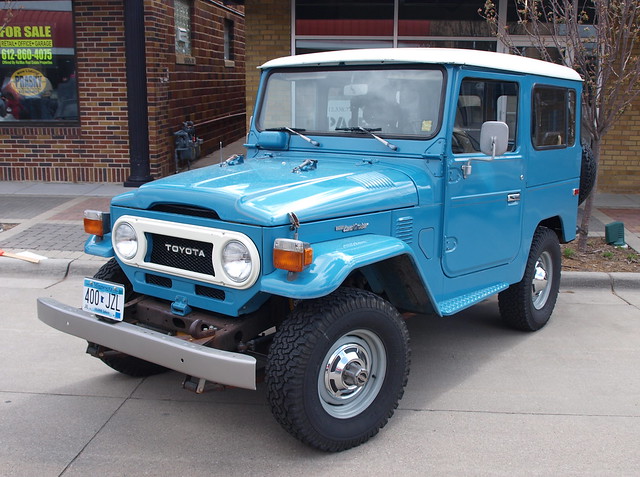 BEFORE WE CALLED THEM "SUVS": Prior to the 1990 Ford Explorer, our idea of an SUV came under one name: Jeep. The MB "Jeep" helped win the war against the Axis powers. Then, they went into civilian service. Through Willys-Overland, Kaiser, American Motors, and Chrysler (plus DaimlerChrysler and Fiat Chrysler Automobiles), Jeep stood for a vehicle that saw anything in its way and made its own trail.

In some places, these were the family vehicle. The Wagoneer took a family anywhere it had to go. So did a Chevrolet Suburban. For families who could afford one, there was a Land Rover and Toyota's Land Cruiser. By 1966, Ford jumped into the act with its highly capable Bronco. And, let’s not forget about International Harvester's Scout and Travelall!

By the 1980s, a few mined for the consumer's want of a minivan alternative. These SUVs were still rugged but provided some luxuries to keep families happy. Then, it all went bonkers. Instead of off-roaders, they became soft-roaders. Now, SUVs and crossovers outsell sedans becoming the only vehicle a family needs. Thank you, 1990 Ford Explorer!