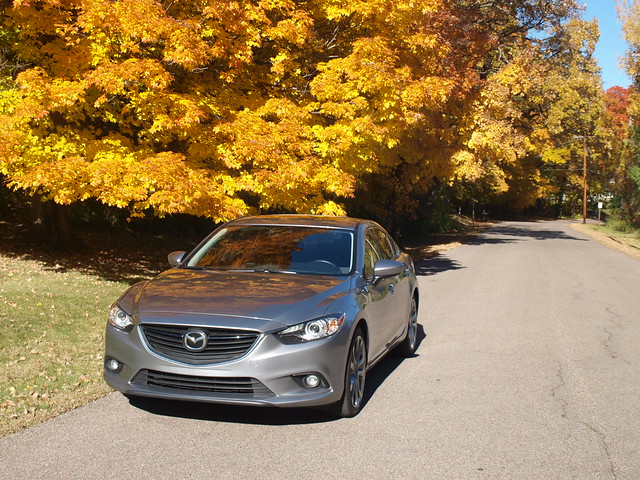 It is a wonderful thing, living in a place where four seasons exist.

Some may joke that Minnesota does not have four seasons. Rather two – winter and road construction. However, I beg to differ. The winters get a little long, but spring does arrive in time for the place to heat up and the mosquitos to start being obnoxious. Fall arrives as summer says good-bye, but not without a brief interlude reminding us how summer truly was before the leaves start permeating the lawn.

Fall is a great season, as it is the prelude to what comes afterwards – winter. It is a point where you want to forget about the impending sub-freezing temperatures, inches of snow to contend with by a snow plow, blower, or, in my case, shovel. The notion of never seeing anything green on the property for a few months or more is not something to celebrate when the leaves turn a different color. Not even when your winter shoes are losing traction to grip on the snow – let alone manage the ice.

But, fall – wondrous fall – where we go ga-ga over the turning of the leaves towards their annual death ritual. The quest for one final trek within a few hours of home to enjoy what nature has made onto a spectacle of the cycle of life.

However, I have yet to enjoy it. Changes in employment, finances and other intangibles caused me to lay low on expending recreation. During this time, survival caused for missed opportunities. Emotions turned as the leaves. I felt like an Airbus A380 trying to take off – bad analogy, but how do those damn things ever get off the ground?

I needed relief. The new freelance work is great. I just hope for results to go along with the rewards. However, I have not reviewed a vehicle in three weeks. Heck, I only drove a truck and a few smart fortwos in that timeframe – albeit a total of maybe a few hours combined. I was itching to jet – to do one of those fall drives I have read about on my social media channels.

My chosen fall colors ride is a familiar ride, indeed. Last year, I fell in love with the new Mazda6. I called it my choice for a mid-sized family sedan. Though, it leans on being more of a touring sedan – one where rear seat room does not matter than the most important seat in the house. It was well-tuned for my type of driving – a tempered enthusiastic style, though spirited when appropriate. Something brought forward from Los Angeles, the Bay Area and Washington, DC – but adapted to Minnesota.

This 2015 Mazda6 was equipped the way I like. Tis example came in the Grand Touring trim sporting nineteen-inch wheels, an infotainment system with a remote controller knob on the console, I-ELOOP regenerative braking and the balance of the Technology Package with a host of active safety features to keep me honest. Painted in Liquid Silver, it is still a handsome number.

To prepare for this drive, I had a few routes to choose from. One was to take me to the Iron Range, check out a friend's new restaurant and head down some unfamiliar roads towards home. Another was a route I have never driven, though experienced earlier this year. It would take me to the Mississippi River in Red Wing through a twisty road considered to be the best in the state. I could also do my usual culinary run on the other side of the Mississippi – running for pie in Stockholm, Wisconsin and fancy cheeses in nearby Nelson. Lastly, there was a favorite road – one running alongside the Minnesota River south of Chaska towards St. Peter.

Choices are a good thing, but the Mazda6 would have to decide.

The decision was made on the basis of my Facebook calendar. While the colors of fall will be there, this particular weekend marked the end of Carmmunity season in the Upper Midwest. On the agenda were two Cars & Coffee-like events: One in Eau Claire, Wisconsin; the other in Eagan, Minnesota. It would mean going out like the dawn patrol to Western Wisconsin before doubling back to the Twin Cities. The Mazda6 was definitely up for that. I would need a few other folks to join in.

At a park and ride lot next to a light rail station near Minneapolis-St. Paul International Airport, three of us met in the dark to plot our dawn raid onto Wisconsin. The sun was hidden by a cloud layer over part of the state, which made our drive smooth enough. Traffic on Interstate 94 eastbound was manageable. We made great time – Branden in his MkIV Jetta TDI and Justin in his new Scion tC along with the Mazda6.

We made the Chippewa Valley Cars & Coffee site ahead of ETA. The parking lot outside of Action City offered space for the small crowd of Chippewa Valley Sports Car Club members and other local enthusiasts, as Steve and his crew welcomed us to Eau Claire. Justin's Scion tC got great looks, as Branden's TDI met a doppelganger. This would be the final C&C of the year for Western Wisconsin.

Going to Chippewa Valley Cars & Coffee offers more than just showing off your car. Inside Action City is a karting track with electric-powered racers. Our crew decided to take in a lap in the building's warmth. They went fast, some met their line through the course. Others…not so much. One of the rules is to not bump into others, which a couple of the Chippewa Valley folks decided to so. It provided needed laughs along with conversation and camraderie.

Our trio left Eau Claire and made our way back to Minnesota in some crazy traffic. The Mazda6 was way behind Branden and Justin, but soon caught up in Hudson before crossing the St. Croix River. More traffic insanity later, and Auto Vault came into view. It was time for their final Caffeine and Gasoline event of the year, as well.

Auto Vault offers an indoor enclosed storage area for a high end clientele. For the coming winter, Mischa was proud to state that his facility was sold out with 55 vehicles to be stored until next Spring. Justin, Branden and I arrived to see some of the Central Crown crew hanging out, along with members of the MNBMW and MN Exotics and Supercars clubs. It was great to catch up, debate, eat some hot dogs, drink energy beverages to close out this year of Carmmunity.

Yet, all was not lost. There was one more thing the Mazda6 had to do to finish up the year. It was back to Excelsior and the Southwest Sunday Cruise crew for one final fall drive. The tank was fine, since the Mazda6 rang up an average of 31.9MPG.

Our usual route was to start from a bowling alley in Excelsior, and encircle Lake Minnetonka before jumping on US-12 and Interstate 494 and back towards Excelsior. We decided to stretch things out by heading down to Minnesota Highway 5 into Chanhassen and up into Excelsior. A good way to stretch the sea legs out of our vehicles.

As for the fall colors, nature did not disappoint. On County Road 19, coming out of the bowling alley to Navarre/Orono, the trees bled yellow and amber. The mid-afternoon sunlight made this hue glow even more. Driving though it was a dreamscape only a fantasy could resurrect. I am certain the other seven vehicles may have thought the same heading through that stretch on our route.

This is why we celebrate the turning of the leaves from green to yellow/brown/orange. We want change due to the seasons. We want to champion the existence of life in the cycle of the calendar. This is why we do one more thing with a snap in the air as temperatures go downward. The next step is to store our precious motors for the winter and let those who can run on snow, ice and colder temps do our work.

For this occasion, the Mazda6 was a champ during this final weekend of Carmmunity. It did everything it was asked to do without complaint. If it resisted, it showed how to recover and point back on course.

Its arrival came not only with the leaves turned in color. It came at a pivotal point at a career on the edge of change. Like the leaves, I had to change. Still changing and refocusing and needed something to help remedy the pain of loss while recuperating through new ventures and challenges.

This was my medicine.

DISCLAIMER: The 2015 Mazda6 in this article was provided by Mazda North American Operations