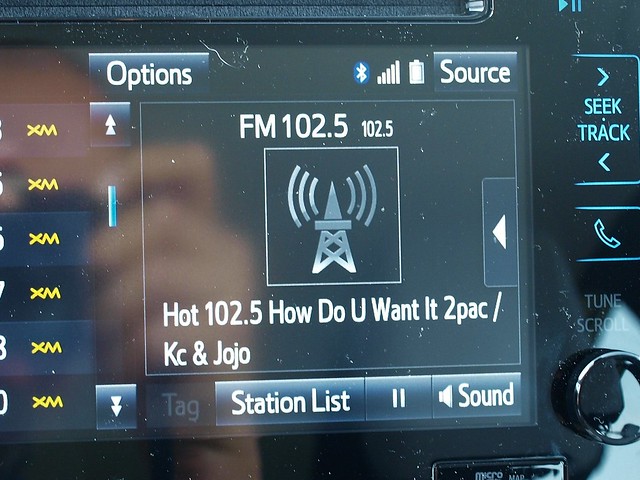 A couple of weeks ago, Google created a "doodle” – the graphic on top of their main page – to celebrate the 44th anniversary of Hip-Hop. Little did we know that the music and culture that would become Hip-Hop would start with a party in the Bronx and an experiment by legendary DJ Kool Herc. Between two turntables, he extended the beat from a song onto the next.

The "Break Beat" would serve as the foundation of the music that is now commonplace today.

It is now the cornerstone of radio. Through stations that would use a format termed as "Urban Contemporary Music" or just Hip-Hop and R&B, the music and culture emerged to bring all listeners together on one level or another. Every market has at least one such station broadcasting the latest tracks – and the "throwback" jams. SiriusXM has several stations playing Hip-Hop on their service. It is also a global movement with radio outlets worldwide broadcasting both American and local tracks

But, back in the day, no one wanted anything to do with Rap and Hip-Hop. Though the 1970s transitioned between experimental programming to more corporate formats, there were a few that took a chance on putting DJs and MCs on the mic at some local radio station.

In 1979, one important event took place that would change music for good. It was the release of the Sugar Hill Gang's "Rapper's Delight." Most R&B stations across the USA were curious whether this track by a trio of rappers could be aired and what the response from listeners would be. What gave this track credibility was its producer, Sylvia Robinson. She had a hit of her own…you might remember "Pillow Talk?"

The track was played over a primary sample – in this case, the record – of Chic's "Good Times." With the band playing live, legendary MC Fab Five Freddy brought lyrics to the beat. He was joined by the three rappers of the Sugar Hill Gang – Big Bad Hank, Wonder Mike, and Master Gee. That would be actually recorded. Chic's Nile Rodgers brought a pressing of this recording to a local DJ at a Manhattan dance club. Sure enough, it became a hit at the club.

Robinson brought the DJ and the three rappers into her studio to cut the record. What transpired would be the first Hip-Hop record to be played on the radio. A programmer was presented with three cuts of the song to play on air. The radio edit was just under five minutes, There was a short version on the 12-inch record and a long version. The latter ran over 14 minutes. Programmers had to choose which version to play when.

"Rappers Delight" began playing on a few R&B stations across the country. It opened up listeners to this new form of music outside of New York City. In Los Angeles, we heard it on seminal R&B station KDAY. That station sat towards the end of the AM dial and had its studios deep in the heart of Los Angeles. Its signal was strong within the main basin. Since I lived over the Santa Monica Mountains from L.A., its signal barely held in the San Fernando Valley.

All of the sudden, the song gained traction to be played onto Top 40 or Contemporary Hit Radio. One such Los Angeles radio station KIQQ began playing the radio edit of "Rappers Delight" by 1980. All of the sudden, a song that originated from the streets of the Bronx was being played by the Top 40 radio station in Los Angeles – years before its own scene began to bubble.

A hip-hop crossover would not be uncommon in its early years. For example, KROQ played Grandmaster Melle Mel's "White Lines." Melle Mel was part of Grandmaster Flash and the Furious Five, which was already being played on KDAY and KKDJ. "White Lines" added to the New Wave flavor that KROQ was serving to its listeners. Already by the early 1980s, Blondie released a paean to the Hip-Hop scene in the New York clubs with their track "Rapture" and former Sex Pistols manager Malcolm McLaren started dabbling in the music and culture. 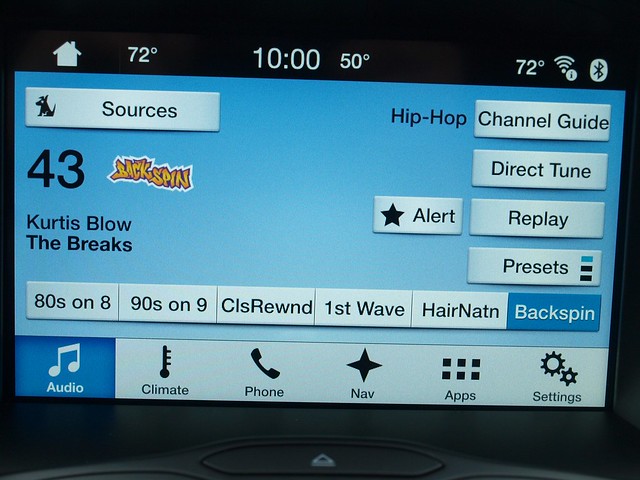 The music began to bend the ears of a new generation of listeners, dancers, and artists. Most markets had Hip-Hop playing on the AM dial, while the transition to FM was happening for more ambitious R&B outlets. By the end of the 1980s, the coasts, Chicago, and other cities saw more Hip-Hop being played on the air than imagined. Los Angeles' KDAY already switched to an all Hip-Hop format by the mid-1980s.

Stations began to being in DJs to do live sets on the air. At the end of the 1980s, San Francisco's KMEL introduced the Bay Area to the Sway and King Tech's "Wake Up Show." If the name Sway is familiar – it's the same Sway Calloway who was at MTV and now SiriusXM's Shade 45 (Channel 45). DJ Red Alert and Funkmaster Flex held their slots on New York's airwaves, fueling more Hip-Hop exposure on the landscape of the culture's birthplace.

Today, you can't get away from Hip-Hop on the radio. This is just the music, but the culture…and the resulting gossip. In New York, Power 105.1's "The Breakfast Club" with its trio of hosts. One of them is the controversial Charlamagne Tha God, who has been known to goad on-air guests and is thirsty to several women. Across town is Hot 97, which is considered more of the seminal Hip-Hop station in the market. Some have said that Ebro's morning show is much better than the rival "The Breakfast Club." Usually, the same guests that appear on-air with Ebro, also appear on-air with "The Breakfast Club" and "Sway in the Morning."

The West Coast scene has always been strong, thanks to its resulting music scenes feeding local tracks to their respective stations.

Still, Hip-Hop has a “home” in most major markets. Yet, its crossover appeal will find the hottest tracks on Contemporary Hit Radio stations in every market across the country.

As I mentioned before, Hip-Hop is a global movement. In the UK, it was driven by one man – Tim Westwood. His voice is that of the culture across Britain, which has spawned its own radio progression. Westwood's original show was on BBC Radio 1. That has expanded since onto BBC's Digital Audio Broadcast format on Radio 1Xtra. On that station, you can find a plethora of music that touches the tenets of Hip-Hop, including the UK's Grime scene.

BBC Radio 1Xtra is one example of how the music and the culture have taken flight through the medium of radio. SiriusXM has dedicated to providing several channels of programming with an emphasis on the variants of the culture. You have stations playing older tracks, such as Backspin (Channel 43) and Fly (Channel 47), along with its other Urban formats that play current and classic Hip-Hop tracks along with R&B, Soul, Funk and Gospel tracks.

The progress made over 44 years of this music was something to witness from this listener out of Reseda. To see how the Bronx influenced the world, how DJ Kool Herc changed the way we listen to music and how Fab Five Freddy tied his first rhymes through the culture was something to behold. Who knew this journey would take me from a recording of an improvised rhyme over Chic's tracks to Nile Rodgers giving that recording to DJs to crossover success. And, how that would lead to the evolution of the music, the culture and radio programming around both.

It has been an amazing ride over these past 44 years.