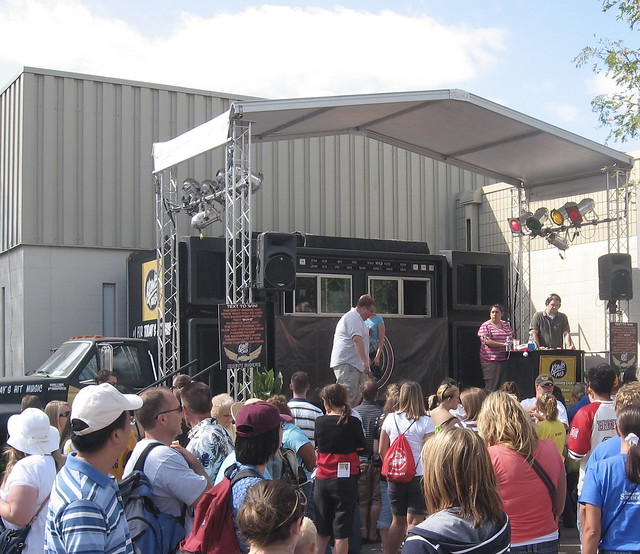 The largest terrestrial and viral radio broadcaster in the USA is still going strong. They recently re-branded themselves as iHeartRadio. Perhaps we should go on with this story…

This is not going to be a slap in the face of iHeartRadio. I recognize that we are in an era of mega-corporate radio that is delivered with a mix of local and canned programming. They happen to be the most visible entity in this strategy of dual delivery of local terrestrial radio, combined with app-based viral broadcasting. Along with CBS Radio's Radio.com, iHeartRadio has mastered this dual programming strategy to the hilt.

While we ponder this reality of radio programming, it just seems counter to what radio used to be when I was a kid.

Let me go back further. Like television today, radio had networks with only a few corporate-owned stations. When NBC, CBS, the forerunner of ABC and other national networks transitioned to television, they had to reinvent themselves for specific programming that would focus on the listener's needs rather than a broad spectrum of entertainment and information provided by the networks. Mainly this was focused on stations on the AM dial.

The introduction of the FM dial gave way to a breed of programming options. While stations on the AM dial concentrated on popular formats, such as news, sports, and popular music, FM was seen as a place of experimentation. These localized stations had more than enough freedom to influence a generation of music lovers to the underground scene – what was happening in San Francisco and the "Summer of Love" along with the advent of Jazz Fusion and other genres raised from Psychedelic Rock.

The migration to FM was gradual through the 1970s. The networks – big and small – began buying up frequencies towards providing new kinds of programming that were influenced by the experimental atmosphere of 1960s FM radio. The popular music genres changed with the times. Audiences were seen as more open and affluent for FM programming over the AM dial. You still have Psychedelic Rock, but it has been augmented by Metal, Progressive Rock, Glam Rock…you name it. Radio programmers threw this all in one genre – Album Oriented Rock.

In my hometown of Los Angeles, you had two mighty AOR stations battling each other with local air personalities, heavy duty promotion and greater influence on the music industry that has now shifted to the City of Angels. There were differences between the two. KLOS was owned by ABC Radio. They were seen as polished in their approach to broadcasting, right down to their air personalities. Yet, they were very popular with the listeners, who were loyal to the core. They gave the world some of the most influential voices in AOR music – Jim Ladd, J.J. Jackson (who later went on MTV as one of the first VJs on the channel) and Jeff Gonzer, to name a few.

Across town was a more rag-tag operation owned by Metromedia, a smaller network. KMET was KLOS' rival. They were also the loudest. Their bumper stickers and billboards were placed upside down, showing how much they defied "corporate radio." You knew their jingle and listened to Dr. Demento on Sunday nights. KMET seemed true to their original Freeform Radio approach, which created the biggest radio station rivalry on the West Coast. KMET changed formats in 1987 to New Age music. Metromedia merged into FOX ten years later.

If for one reason why KMET changed formats, it would be the emergence of KROQ. The seminal New Wave/Alternative station began as a small independently owned outfit in Pasadena before they essentially ruled Los Angeles radio by the mid-1980s. By then – 1986, to be exact – KROQ would become part of a corporate entity, now CBS Radio. Instead of its ragtag nature, it would also become as polished as the remainder of Los Angeles radio.

These were three examples of the foretelling of how radio has changed in the past 30 years. One such change happened when Live 105, a San Francisco alternative station now owned by CBS. As the first wave of corporate caretakers moved in on the South of Market studio, they promptly fired popular air personality (and native San Franciscan) Alex Bennett and slotted the national feed of the Howard Stern Show onto the morning slot.

Which brings us to Clear Channel Communications. Though they started in 1972, the company began buying up stations in the 1990s. They did not just buy a station here and there. They went on a mass shopping spree winding up with multiple stations over many formats in almost every market in the country. They did so by buying whole networks of stations. Hundreds of frequencies became the property of Clear Channel – now iHeartRadio – which they were to conform to a format standard with some wiggle room for localized programming and promotion.

In the Twin Cities market, iHeartRadio owns 10 FM frequencies and an AM station. They operate three additional FM stations for another owner. This market alone is offered a mix of local and simulcasted programming. While Top 40 radio station KDWB has local air personalities and heaps of programming, as does about more than half of its sister stations owned by iHeartRadio, the simulcasted channels just seem almost localized. 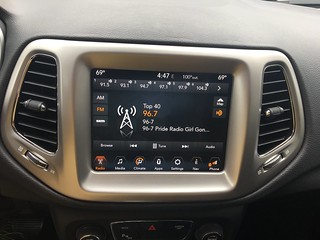 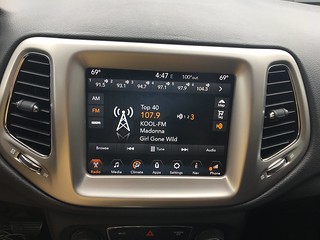 A good example is a station sitting at 96.7 on the FM dial, Pride Radio. From the name, you probably guessed it a station with an LGBT demographic. At first, it was. Marketing had this as a pop-up station to be played during LGBT Pride Month some two years ago. The truth is that is a simulcasted radio station that appears on HD channels in 15 cities. The Twin Cities and Austin, Texas offer this station on its own frequency.

Because it is simulcasted, there may be some "localized" programming with its own station identifiers for each market. In truth, there are no local air personalities doing any programming for this station. It would either be someone in another city – from what I gather, San Francisco being one of them – that feed to all stations. The actual music selections and other content are touted as "user generated." If you heard some of the selections being played on this station, you may be wondering which users are generating this content?

Unfortunately, this kind of programming is the future of radio.

Why unfortunately? As we are seeing with HD Radio and multicasting, the expanded choices of programming will lead to simulcasted and canned channels that are made to simply fill the airwaves. Consider what CBS has done to their KROQ franchise, They created an HD Radio/Internet/stream channel for classic Alternative music – KROQ2. The advantage is to push the legacy of this station out to a wider audience via the Radio.com app, but with national advertisements and minimal air personality time.

The advantage for CBS is to share one of its most vaunted stations in its portfolio to the country. Yet, SiriusXM's 1st Wave channel has more air personality time, a bit more freedom in programming and an organic feel, unlike KROQ2.

What we feared in radio is happening on a much larger scale than we thought. What it is not is the death knell for radio itself. Though owners of car audio systems with access to Bluetooth and USB connections for their smartphones already have a challenge to Corporate Radio – playback of their music files.

Ah, but iHeartRadio and Radio.com already got you. You see, their smartphone apps can be played through the same Bluetooth connection. Long live Corporate Radio? I'm afraid so.