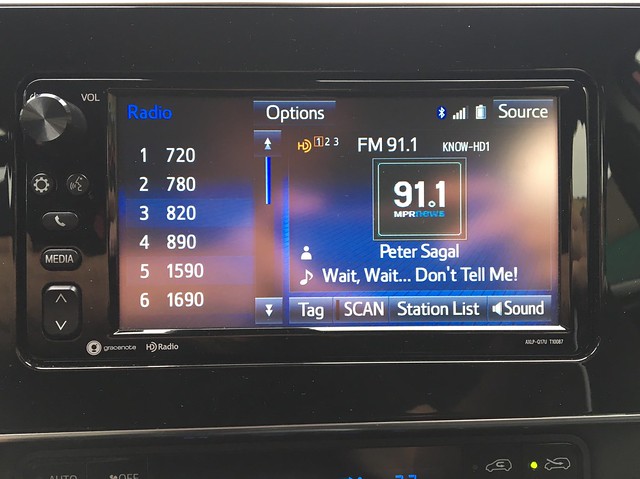 What is your definition of "public" radio?

It depends on where you live. But, traditionally, public radio is one that is funded by a governmental source with its main priority to fulfill primary functions of public service. It is a noble service that has is intended to fulfill the tenets of universal broadcast coverage and appeal to the masses.

The programming through public radio should also have every population in mind – from indigenous peoples to newly arrived immigrants, and everyone in-between. The content would be driven by forming a national identity and a sense of community, without delving into vested interests to achieve universal programming. Ratings and numbers should not be a factor in the operation of these networks and stations.

Importantly, because most of these public broadcasters do not take in advertising in the commercial sense, they have the license to program their stations for the social benefit of its citizenry. This is where they are able to produce interviews and documentaries of deeper interest to a vast population.

Of course, that would lead to the question that many citizens of their respective nations would pose: Is my tax money going into something that is befitting of a publicly-funded broadcaster?

One would have to look at the oldest public broadcaster in the world – the British Broadcasting Corporation. It went on the air in 1922 operating under a Royal Charter. British households pay a License Fee, more of a tax these days, to access the BBC and other channels received via television and radio transmission. Granted, this seems pretty redundant and would not fly in the USA, but it is the way the Britsih public could get commercial-free programming across various radio and television channels.

However, people who know radio and television can tell you about the quality of BBC's programming and its weight in terms of being a leader in publicly-funded broadcasting. Their reach goes beyond the UK and the Commonwealth. In the USA, we get the BBC World Service through both a full channel on SiriusXM or through a few blocks of programming through other public broadcasting stations.

To get the idea of the BBC, the World Service is a prime example of the quality and adherence to the tenets of public broadcasting itself.

You can also listen to the BBC's other channels through various apps on your smartphone – such as TuneIn Radio. The primary national channels – Radio 1, Radio 2, Radio 3 and Radio 4 – are always available through terrestrial frequencies. This also includes specific local and regional stations – such as BBC London – with their own specific local programming. There are others that can be heard through Digital Audio Broadcast, including Radio 1Xtra or Radio 4 Extra, that accompany the national channels.

BBC Radio 1 is the most well known of the national stations today, as it sort of dictates British pop music to its listeners. Radio 2 is what we consider an Adult Contemporary station with some mix of other music for an older demographic than Radio 1. If you love Classical music or Jazz, Radio 3 is your station. Lastly, for current affairs programming, tuning to Radio 4 is a good option. Though Radio 5 offers news, sports and other informative programming around the clock. You get the idea…

In all, the BBC operates nine national channels, 40 local stations, and 6 national regional channels for specific parts of the UK. That's not including the World Service and stations broadcasting in other languages worldwide. All of this from a publicly-funded broadcaster.

Another example of a public broadcaster uses a similar model towards programming to its nation – the Canadian Broadcasting Corporation (in French, it is known as Radio-Canada). What makes the CBC different is how they are funded on a combined revenue flow that includes commercial advertising on their television stations, Federal funding as set by the Parliament in Ottawa and subscription fees paid by citizens across Canada.

How CBC's radio programming works on the basis of listener's needs in terms of language and region. Radio One is the news and public affairs channel that offers a combined package of local and national programming in English. Its French language equivalent is Ici Radio-Canada Premiere. Musical and cultural affairs programming can be heard over terrestrial frequencies on Radio 2 (English) and Ici Musique (French).

The thing to note about these two main CBC English and Radio-Canada French stations that they broadcast commercial free, unlike their television counterparts. They also offer additional channels through SiriusXM or their app, including Radio 3. In the North, the CBC/Radio-Canada combined their primary news/information programming (CBC North and Radio Nord Quebec, respectively) with content in native languages – again meeting the needs of all Canadians from coast-to-coast-to-coast.

The BBC and CBC provide models on what a public broadcaster is capable of doing with the right funding channels and programming to meet all of its citizens. You also see this in other countries around the world. In most places, programming would be limited to a single station broadcast nationwide. That programming is usually a package of news, current affairs, social and cultural subject matter.

When it comes to the USA, it is not as cohesive as it seems. There is National Public Radio, directly created by the Corporation for Public Broadcasting, that programs networks across the country with the national content of news, current affairs, and documentaries. Separately, there is Public Radio International, who also provides a package of content along similar lines to NPR. To matters more interesting, some programming would also come from American Public Media, a producer that also distributes the BBC World Service to American public radio stations. 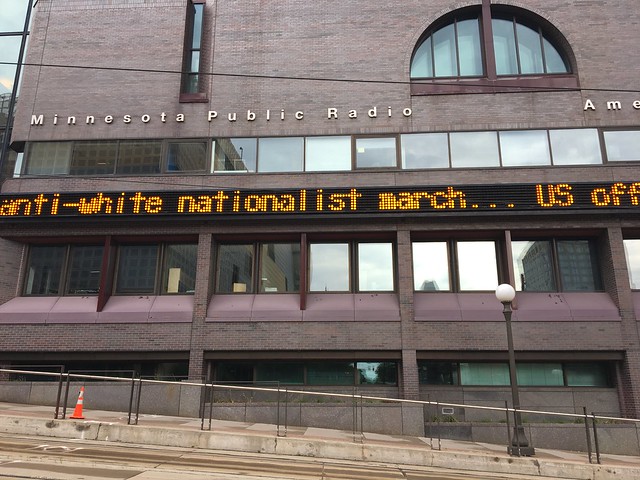 As for station ownership, it appears that every city and.or state have their own public radio channel or complete networks. It is a known fact that American Public Media owns and operates two networks: Minnesota Public Radio and Southern California Public Radio.

Let's take Minnesota Public Radio as an example. They have three programming channels: MPRNews, providing news and current affairs programming; ClassicalMPR, providing classical music and cultural affairs programming; and The Current, which is a gem of a station that plays, well, “cool” music. The latter will play tracks not heard on other commercial stations across the state.

In all, MPR owns and operates 45 stations and 39 repeaters across Minnesota and into South Dakota. In several markets, all three channels are broadcast to their listeners. Additional funding is through a Membership Drive, where citizens pledge monetary support for their stations. This is a standard practice in the USA for fundraising drives for these stations since actual funding is usually fluctuating between Congress and, in some cases, the state legislature or municipal government.

Since taxes are lower compared to taxpayers in other countries, enjoying the benefits of public broadcasting in the USA will also require additional support. Instead of selling commercials, companies and non-profits can sponsor shows without commercial interruption. This is a practice not seen in other countries.

In talking about the mechanics of public radio from three national perspectives, one has to wonder whether they are getting the programming they need for the money their taxes and license fees are paying for.

For listeners in the UK, they are getting what may appear to be more than your money's worth. From this viewpoint, the British radio listener has a lot of choices from the BBC to fulfill many programming options available to the public. One has to be envious of the reach and quality of the BBC's programs across the multitude of channels available on the British airwaves and through mobile devices.

In Canada, one has to go back to the CBC's Peter Gzowski's idea of bringing a national identity to his and other broadcasts. Since his death, the CBC/Radio-Canada integrated this notion to their broadcasts – in every language. Even that is a struggle. If you listen solely to the English language broadcasts, you will see the integration of a Canadian identity in their content. The content is solid all around, however.

As for American public radio broadcasts, there is a mix of national and regional identity for each station and network. But, it will depend on what you want to listen to. The hodgepodge of national, state and local broadcasts are a good mix for the local listener. To get a sense of public radio nationally, one might venture onto one of NPR's SiriusXM channels to get that. Non-subscribers to SiriusXM will have to search through the dial to find what they are indeed looking for through public radio.

Your idea of public radio might be valid. My idea is a mix of all three. But which parts?

If I had to look at our own public radio landscape, one wonders why it always feels as it is crawling instead of thriving. I'm sure there are some networks that thrive – Minnesota Public Radio appears to be one. But, with the complaints of underfunding from the Federal government and the need to have membership drives to continuously sustain itself, it makes me wonder about the overall health of public radio in the USA.

Could we go to a model similar to the UK or Canada? Not right now. Maybe we're satisfied with we receive through the radio or some app on our phones from our local public radio station. Maybe that;s the way we have to be in this country.

Luckily, we can listen to the CBC and BBC in this country to notice how these broadcast services work in their respective nations. Not saying which one is better…but, at least listen to see how they execute the same tenets of public broadcasting to their citizenry.