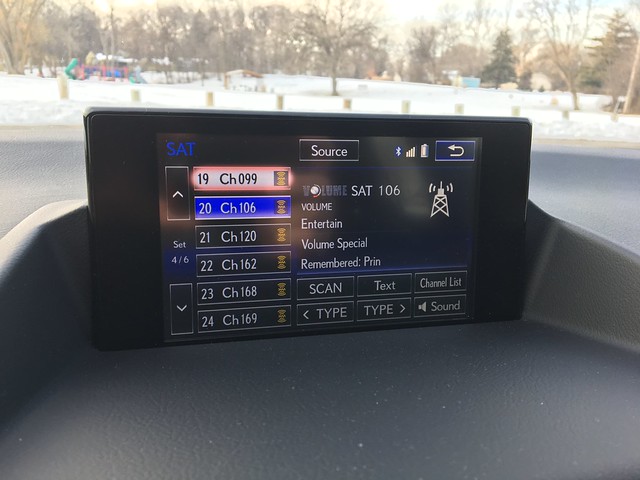 One of the first things I do when I receive a vehicle to work with is to program the presets on the radio. Depending on the number of presets available – either per band or in combination of all bands – I have a few stations I prioritize above others.

Contrary to popular belief, none of my priority presets are local terrestrial stations. I will get into that in another article. They all happen to be satellite radio station via SiriusXM.

In North America, all of our digital radio stations fed by satellite are programmed by SiriusXM, a conglomeration that combined two different networks into one since 2008. They offer nationwide programming through 151 full-time channels. To get the full experience, one must subscribe – and there are levels of subscriptions available. Programming is diverse and one can find a channel for the music and interest a subscriber would have.

What I like about SiriusXM is that I can listen to a channel anywhere in the USA. A terrestrial radio station may lose its signal once it reaches outside of the metropolitan area. A SiriusXM enabled radio can still grab the signal off of any of its satellites even in more remote areas. Some mobile telephone signals might not reach where SiriusXM radio can.

It is because of this technology that I prioritize SiriusXM radio above all others.

Which SiriusXM channels do I listen the most? Here are my favorites…in order of priority…

1st WAVE (Channel 33): Former KROQ (Los Angeles) air personality Richard Blade is the primary reason why I listen to this channel. In terms of nostalgia, it is not just the music that was played on KROQ, The Quake/LIVE 105 (San Francisco) and 91-X (San Diego) that draws me to this channel. It's Mr. Blade himself. He brings the 1980s in full circle for this boy from Reseda. The music also goes deep into the vaults of the New Wave/early Alternative genre.

BACKSPIN (Channel 43): The same nostalgic feeling continues with this channel playing Hip-Hop from the 1980s and 1990s. I go back to the Sugar Hill Gang in this genre, with the Native Tongues movement as the climax in this game. This channel used to have Ed Lover of MTV's "Yo! MTV Raps" on this channel – again with the nostalgic voice going along with the music. I wished they had some of the other voices from the era steering the programming.

VOLUME (Channel 106): A talk station about music? Would it be easier to just play the music? Yes…and no. If you want an insight on the music you listen to, listen to these shows. There's plenty to choose from with hosts like Nic Carter (ex-WFNX in Boston), Eddie Trunk (VH-1 Classic), Mark Goodman (MTV), Ron Bennington (Raw Dog Comedy), Scott Ian (Anthrax), Kurt Loder (MTV), Melissa Etheridge…and so forth. The interviews and stories on these shows are worth listening to. And, on occasion, you might catch Larry Flick (Billboard, OutQ, Studio 54, Entertainment Weekly Radio) on "Feedback" with his music choices.

CLASSIC REWIND (Channel 25): The programmers call this music from the “cassette era.” It picks up when Album Oriented Rock radio went from the underground to the mainstream. Think of KMET (Los Angeles) with the billboards posted upside down and KLOS (Los Angeles) before Frazier Smith took over the morning show. Some of the programming is done at SiriusXM's studio at the Rock N' Roll Hall of Fame in Cleveland, providing deeper context for the music they play on the channel. 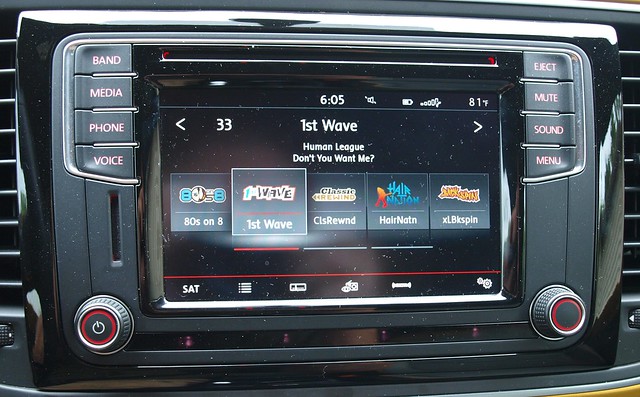 FLY (Channel 47): Former MTV's "The Real World" cast member Heather B holds down the evening slot on this nostalgic channel for Hop-Hop and R&B from the 1990s and 2000s. It one of two gigs she does for SiriusXM – the other being on Shade 45 with Sway Calloway and his morning show. Heather B not only brings the music from the 1990s and 2000s, she also dispenses some talk, recipes for food and drinks. There's still some tracks that bring back the time during undergrad and in Washington, DC. It also sounds livelier than Backspin most times.

RAW DOG COMEDY (Channel 99): I love comedy! I blame it for stunting my growth…rather, my father for putting on that Richard Pryor 8-track in his car. Comedy is still the same and Raw Dog dishes out the unfiltered goodies. There are a few talk shows, but most of the programming I care about are the tracks from recent stand-up sets from the likes of Kevin Hart, Katt Williams, George Lopez, Kumail Nanjiani and so forth. If it starts to suck, there's Comedy Central Radio (channel 95) and The Foxxhole (Channel 96).

80s ON 8 (Channel 8): The first few channels on the SiriusXM dial are dedicated to a specific decade of music. If you noticed a pattern, my nostalgia is in the 1980s, during my high school and college years. While I love listening to specific genres focused on that decade, you can catch all of the hits of the 1980s with the occasional voices of Nina Blackwood, Mark Goodman and Alan Hunter – all former MTV air talent. Their recounting of the Billboard Top 40 of a specific date in the decade is a definite listen every weekend.

BBC WORLD SERVICE (Channel 120): Not all of SiriusXM's programming are produced by the channel. Plenty of stations are fed from various sources, including the BBC. This is not just a canned and packaged version of the World Service found on public radio. This is actual broadcast from the UK set to Eastern Time to Greenwich Mean Time. I like my news and information on much more fairer level – though some would debate this. So, this is my source for factual programming.

MLB NETWORK RADIO (XM Channel 89/Sirius Channel 209): Before the merger, Major League Baseball's radio programming was exclusive to XM and not Sirius. This is why you see two different channels, depending on the actual receiver you use. Other than that, you get a mix of simulcasting from the television channel of the same name, native radio programming, and some live games. I'm still a baseball fan, so I'll listen here for news and if the game is worth listening to.

It appears that I only listen to "oldies" music, British presenters and want to laugh my butt off at highway speeds. The one thing I will always commend SiriusXM for doing is to present broadcast programming that is not found through local terrestrial radio. While iHeartRadio and Radio.com attempt to replicate these niche programs using their assets and through viral delivery, they still fall short on the level that SiriusXM has executed since its first satellite transmission in2001.

Does it pay to have SiriusXM? I say so. If you want a wider variety of programming and delivered to your automobile or mobile app, then subscribe. Otherwise, you can only listen to what is delivered for free and wonder whether there is a comedy channel out there in the town you are driving through.