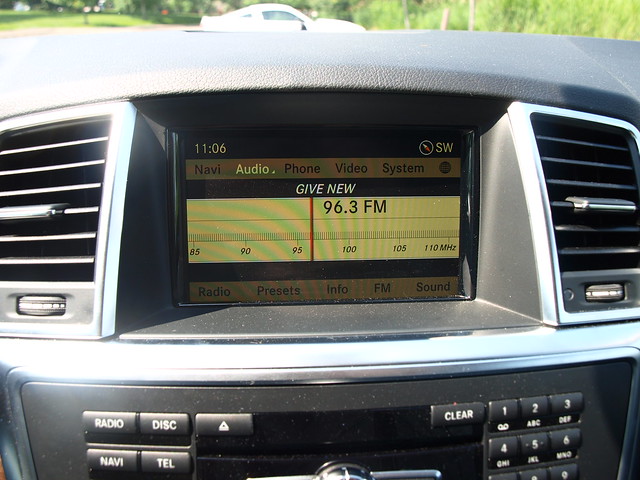 It is summer. You are heading out on the highway. You prepare for a road trip, only to think of what to listen to on the way.

We should be thankful for today's advances in technology. Our smartphones can house lots of your favorite songs for playback, along with apps for radio programming locally and worldwide. Newer vehicles have infotainment systems that can integrate your key smartphone functions, as well as provide a multitude of options for playback and broadcasts. Everything from satellite radio, multicasting, Bluetooth music and app playback…and so on.

Not everyone has all of these newfangled options. This post is for the rest of you. For those of you with access to all of the tech toys possible, you might want to read this also.

You see, one part of the story within this column is the fact that we often look to the stars for something to keep us entertained and informed. That might come in the form of a 50,000-watt radio station from the big city making its way into your stereo system. No matter where in the country you might drive, it is that electronic beacon of voice and music that engaged you on the loneliest of nights somewhere between towns.

These memories are not from some time long ago. They are still prevalent today. You might still be captivated by its faint signal some hundred or so miles away.

Back in the day, they were called "clear channel stations." Not to be confused with the corporate parent of iHeartRadio, these 50,000-watt channels were designed for travelers to stay up on the latest news from the networks and to engage with programming that might not be found locally some tens or hundreds of miles away. These stations are all on the AM dial – something that is not often discussed when talking about broadcasting. AM was the original radio band, where signals can be easily captured over distance via repeaters and clear skies.

When the FM band was introduced, radio stations saw huge potential in terms of taking VHF frequencies, backed by higher power – 100,000 watts, at most – and use it for even longer distances. A very high-powered FM frequency can range up to 200 miles. While it was the first set of frequencies to broadcast in stereo, there seems to be some argument in regards to sound quality compared to AM broadcasts.

I could bring in discussions of HD Radio, satellite or Digital Audio Broadcasting and such, but I would like to keep this discussion to where everyone can relate. Again, not everyone has access to HD Radio multicasting and satellite/DAB broadcasts.

But, this is about good ol' radio. It is something we all share. The moments when a song pops on that you may have never heard, because your radio is locked in at that particular frequency. Or, the game you missed, but are listening intently to each pitch, play or shot.

From my own recollection, it was these high wattage stations that kept me company in my slumber. They kept me going even in the middle of the night. Stations, such as San Francisco's KNBR and their Giants broadcasts. To hear Lindsey Nelson and Hank Greenwald handle a Dodger-Giant game made for some interesting nights in the rivalry's history.

To the south of Reseda came the signals of KFMB and KOGO out of San Diego. On many nights, KFMB offered up the voice of Jerry Coleman calling a Padres game with that gravelly, but smooth voice. I was lucky it reached over the Santa Monica Mountains to my feeble clock radio by my bed.

In a car, the bridge of distance helped to keep Bay Area stations within earshot through the rented car's speakers (or my 1991 Acura Integra). Still, California's topography of solid mountain ranges challenged stations from either side of the state to make it into the San Joaquin Valley. Nby south of Tracy, the Bay Area was gone from the radio. As soon as crested the Grapevine south of Bakersfield, Los Angeles was popping up on both bands.

Before the days of smartphones and laptops, I would have a typed list of radio stations I enjoyed in every city I would visit. That way, I can populate the radio preset buttons with these frequencies to keep me entertained. For example, if I wanted my fill of alternative rock, I knew that I could get the same music on KROQ in Los Angeles, 91-X in San Diego and Live 105 in San Francisco. Those stations are programmed, along with other genres of music as I travel from city-to-city through my home state of California.

Having not traveled elsewhere in the country, I never had the pleasure of doing the same in places, such as Chicago or New York or Atlanta. When I attempted to visit Kansas City in the 1980s, I even had a list of radio stations for that market, as well.

How did I know which stations to listen to? With the absence of the internet in the 1980s, I would go to the local library and peruse the telephone books for that information. In either the yellow or white pages, you had a local information section that listings of television and radio stations. I would copy down that information, go home and type them up.

Why go through all that trouble? Because I knew I wanted to be entertained wherever I go. I trusted the radio to do that for me. Plus, my want of travel and my curiosity enabled me to me absorb this information towards the final result of being entertained towards enjoying my trip.

From the radio, came cassettes, then CDs, satellite radio, and smartphone integration. With these audio options, terrestrial radio seemed like a extinct species of animal. With satellite radio, you can get the same kind of programming its terrestrial broadcasters put out, but devoid of locality. There are some arguments for and against this that I will address sometime down the line…

There has been evidence that radio – terrestrial and satellite – has lost favor with the motoring public. Or, has it? According to a series of reports by The Nielsen Company, radio is still strong. Younger audiences have flocked – as they always have – to radio. They are also driving the continued strength of it. In all, Nielsen concludes that "[w]hat's certain is that the radio consumer is a highly qualified audience, delivered in real-time across hundreds of markets every single day."

Perhaps somewhere on a lonely U.S. Highway with hundreds of miles between major cities, you would forget what I wrote here. But, try to tune in somewhere. Let the airwaves and the heavens take care of that quiet stretch somewhere civilization may not be present. That radio signal – a voice, a song or the crack of a bat – might just affirm your trust in human kind.