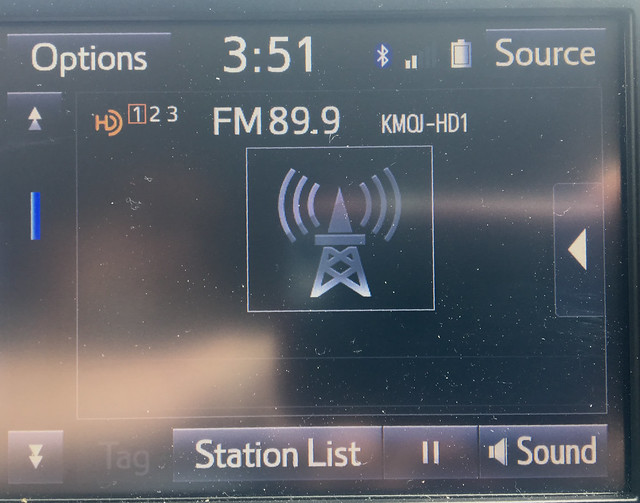 Some have said that there were a couple of times when the two were fused with each other. One time was when Disco was hot – a dance music that emerged from the Soul and Funk movements with a higher beats-per-minute added and more pronounced percussion, and driven by African-American artists. The second was House music – a latter movement that took Disco and modernized it without a lot of instrumentation.

Where radio came in was at the first movement. Disco was big by 1975 that popular stations could not ignore it. Getting there may have been a short road, but the same forces of segregation had already been in place towards integrating so-called mainstream radio with radio from the African-American community.

Even at the start of radio, there seemed to be two sets of frequencies. One was dominated by the status quo of America. The other was limited in terms of the number of hours spent to attract African-American audiences – on the same network stations listened to by the entire country.

The networks played the race card through minstrel shows in the pre-World War II era. You had depictions of African-American characters – played by white performers – that are seen as stereotypical and negative in today's terms.

In 1929, WSBC in Chicago featured the "All Negro Hour." This variety show featured African-American artists hosted by radio pioneer Jack L. Cooper. Cooper also produced the show, which was seen as the first breakthrough in bringing the African-American experience to the airwaves. WSBC is on the air today, as a multicultural, multilingual station serving many communities in the Chicago area.

World War II would be a watershed moment in terms of the path towards the end of segregation in this country. When African-Americans served in the war, they were given plenty of opportunities to thrive within their community and beyond because of the benefits of war. They were turned into investments towards creating specific frequencies to broadcast a wider variety of programming for African-American audiences without stereotyping and driven by more authenticity of its people.

The year 1945 saw the first soap opera for African-American audiences: "Here Comes Tomorrow." Produced in Chicago, the show was seen as 25 years ahead of its time. Yet, it was a sign of societal changes that not only gave the African-American community a footing in this country but a movement towards opening up a lot of ideas and entertainment once seen as underground to the airwaves.

The driver of this movement was WJJD in Chicago. This was where African-American radio took hold. You had artists and air personalities crafting a mix of programming that ranged from soap operas to news discussion, and music. The music was distinctive to the African-American audience – jazz, blues, and early Rhythm-and-Blues. African-American musicians being piped through the airwaves to their respective listeners in a post-war world. A world that brought many Southern African-Americans north to a place where, while divided, it offered opportunities to grow and flourish.

It was not just the north that saw this movement take hold. It was the segregated south. In the immediate post-war era, African-American owned and operated stations began popping up in Nashville, Memphis, and Atlanta – among many other places. WDIA in Memphis was owned by white radio entrepreneurs, but its programming was exclusively geared towards African-American audiences. Being the first to do so in 1948, the station continues today with a format with a largely African-American audience, though now owned by iHeartRadio.

WDIA became a blueprint for African-American radio. It not only featured personalities that provided a wide variety of programming from music to news to faith-based shows, but it also helped the community through its Goodwill Fund. By raising money, WDIA was able to help the African-American community improve and provide further opportunities to its citizens. Everything this station did would be emulated across the country.

Atlanta’s WERD took things a step further. Accountant and banker J.B. Blayton purchased the station in 1949, becoming the first African-American to own a radio station in the USA. Programming at WERD was local to Atlanta's African-American community using a similar formula as WDIA have done in Memphis. It would have a familiar voice who take a greater stage in the years to come – Dr. Martin Luther King, Jr. The station was housed next to the headquarters of King’s Southern Christian Leadership Conference. If King needed to make an announcement, a microphone would be lowered his him to use the airwaves to state what he had to say.

With pioneering stations across the country finding ways to bridge African-American community with radio, advertisers saw an emerging market fueling the success of these stations. With the crumbling of segregation and the enactment of the Civil Rights Act of 1964, African-American radio continued to be a beacon for its listeners. They were the first to play Motown, Stax, and other artists before so-called mainstream radio would put it on their playlists. This continues today, even with the most local and underground Hip-Hop artists finding airtime before they show up on any of the SiriusXM stations.

My youth was not dominated by so-called mainstream radio. Weaker signals from KDAY were a mainstay in Los Angeles with the latest in Soul, Funk, and Disco. KDAY began on the AM dial in 1968 with an emphasis on African-American music programming. It would become the home of West Coast Hip-Hop, thanks to sets by Dr. Dre and DJ Yella – both later of N.W.A. KDAY would play R&B, Soul, and Funk hits that would eventually make their way onto the FM dial – and mainstream radio.

Yet, FM was growing. Disco became the music of the 1970s, even with a backlash from fans of Album-Oriented Rock and the stations programming said music. This was where the LGBT community comes in. Another marginalized culture in this country was hungry to hear itself on the air. The opportunities were fewer than the African-American community since it seemed that there were little or no outlets for LGBT programming in the first decade of the Liberation Movement.

By virtue of Disco, LGBT culture found its sound. It also had its own artists…well, one. Sylvester was an African-American gay man, a drag queen, and putting out Disco hits like everyone else – African-American or otherwise. His music started out on African-American radio before taking the leap to Disco-formatted stations on higher frequencies. If one artist was able to bridge the cultures, it was the late Sylvester.

If one moment defined African-American radio in Los Angeles – and the nation – it was the 1979 purchase of KJLH by a company owned by Stevie Wonder. KJLH saw further opportunities by using the FM dial to provide a deeper set of programming that mixed music and community together. Yet, its signal was weak – sometimes reaching over the Santa Monica Mountains to the Valley, which KDAY had struggles doing. Still, it was a huge leap in the future of African-American radio on the West Coast.

Elsewhere, African-American programming transitioned to the FM dial. Powerhouse stations, such as WHUR in Washington, DC, had the community listening. Personalities still drive African-American programming on a syndicated national level – Tom Joyner and Steve Harvey are among the top personalities these days. Networks have been established – such as Radio One – to provide a set of nationalized programming for its stations. SiriusXM has a host of channels geared towards these audiences – from Shade45 to Urban View to HUR Voices. However, you still have the community-based radio stations serving the community, such as KMOJ-FM right here in Minneapolis.

Over the years, LGBT radio programming has also emerged. However, this would take a different article altogether to discuss this subject.

To celebrate radio and music together, it shows how much African-American stations have become influential within and beyond the community it serves. While segregated, it never stopped other listeners from enjoying early R&B, jazz, and the blues – music that continues to have a global reach and effect. It gave birth to Hip-Hop, even when it was underground and finding airtime on weaker AM frequencies. It also served as a launching pad for Disco – a genre that quickly bridged cultures and brought a particular emerging one out of the closet.

As we celebrate this month of African-American music, remember where it all came from. It came from a radio station full of culture, community, and vibrancy – just like its music.