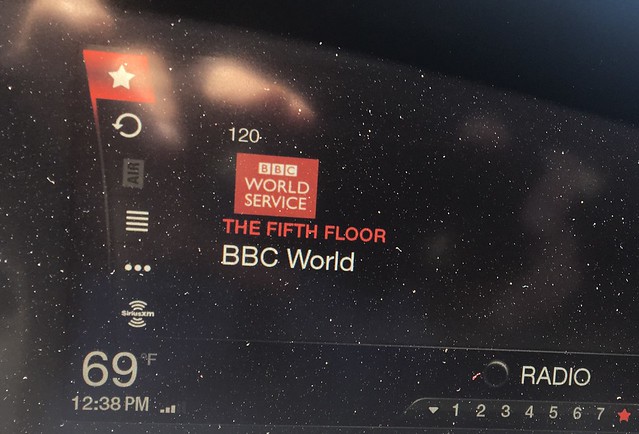 Radio became popular when the programming was expanded to network shows and news programming.

That was the late 1920s onward into the 1950s. It was also helped by the inclusion of the car radio as an additional way for motorists to enjoy the drive.

As television began to supplant the radio in terms of entertainment programming, networks had to find a way to keep their frequencies open. Listeners knew that they could not take television with them in their automobiles. The shows they knew from radio have all been translated onto television.

News programming has always been on the radio. They were delivered through short programs headlining the news of the day. Keep in mind that the primary source for news has been the newspaper. The mighty print journalists always had reign over their broadcast counterparts.

As newspapers continued their strength as the primary news source for Americans – and people around the world – radio needed to refocus on programming to keep their place at the press table. Television news began to grow, thanks to satellite transmission and the transition of radio journalists into visual ones. The solution would be inevitable, but it would take a huge labor action to catapult it into what we know today.

For 114 days, all major newspapers in New York City were on strike during 1962 and 1963. How could New Yorkers keep up with the news when it is not delivered to their homes or were not available at the local newsstand? Thanks to transistors and solid-state construction, radios were portable enough to carry the news broadcasts to your ears.

To fill in the void of the newspaper, WABC-FM went to a 24-hour news programming cycle. Until the fall of 1962, only a few stations across the country experiments with all-news programming. A smaller number of these stations were network affiliates. Washington, DC was the first market to experience an all-news station in 1961. It was successful enough to have two competing radio stations providing news programming for the Nation’s Capital by the end of the 1960s.

The WABC “experiment” was seen as a fill-in until the strike was over. It would be prudent to have such a station in the nation’s largest media market, but even radio stations knew not to compete directly with its print media at any cost. When the strike ended in March of 1963, WABC reverted back to its Broadway music format.

One of the results from this experiment was an establishment of a new kind of national radio network. ABC focused their network on news programming by providing national feeds on the hour, while providing a bit more freedom for their local affiliates to fill in with similar programming. The ABC Radio Network was formed using affiliates on the AM band – including New York’s WABC-AM – to form this network. One of those stations just happens to be at 790 on Los Angeles' AM dial – KABC.

Westinghouse followed suit through their Group W radio network as they adopted a national feed for news with the remainder set for local programming. By 1967, CBS joined in with their own radio network of national and local news programming. With three national networks feeding news to listeners, it helped rebuild AM radio back to a useful piece of the broadcasting puzzle.

By 1970, news radio stations were yielding strong ratings. The AM dial was still relevant, as music stations still used those frequencies. FM was still seen as esoteric, despite the improvement in broadcast sound quality and clarity. The truth about AM is the fact that it has been a proven set of frequencies for many forms of programming. Hence why news radio continues to reside on the AM dial today.

In Los Angeles alone, a news radio listener had a few choices. Eventually, these three stations – KABC, KFWB, and KNX – would distinguish themselves by experimenting with different formatting to augment the national news feeds. KABC and KFWB augmented the national feeds with localized talk radio. They gave the opportunity to let hosts state what’s on their mind and let the public call in to agree, argue, or tell their story. KNX followed CBS’ formula for an all-news format.

What made KNX and other CBS Radio Network stations work was a dedication to not only the mix of national and local programming, but a rigorous and dedicated schedule for key information to be broadcasted. At the top of the hour was the national news, followed by frequent traffic and weather updates. In-between those frequent updates were a mix of news, sports, and in-depth discussion by both national and local commentators. CBS provided these stations a well-oiled formula for success in being leaders in their respective markets.

The business of news/talk radio also lent to the business of sportscasting. Radio has always been the domain of live coverage of sporting events. While the tight schedule of the CBS Radio affiliates might not work for a few hours of live programming from a local sports team, some stations made it work. Those stations in the ABC and Group W networks had a lot more flexibility in incorporating live sports into their broadcast schedule. The Los Angeles Dodgers called KABC their broadcast home for decades because of this ability to have programming flexibility. The same with the Minnesota Twins and CBS Radio affiliate WCCO.

Though additional networks have appeared since – FOX News and CNN, for example – news radio has since emerged to incorporate the latest broadcast technologies. WTOP in Washington, DC became one of the first news radio stations to broadcast on the FM dial. Sports radio has since grown out of news and talk formats to greater success – fostering another set of networks, such as ESPN, FOX Sports, Westwood One, and NBC Sports. Of course, all three formats are a part of the multicasting technology through HD Radio, where AM stations can be digitally heard clearer on the FM dial.

In the 1990s, talk radio was king. Everyone had an opinion and every host had an agenda. If you charted the ratings through that decade, you saw two trends. One, that news radio stations were losing listeners to talk radio. The second was the conversion of news stations to the all-talk format. The latter would also grow in terms of the temper and the philosophy of its hosts.

That same decade also saw a shift towards syndication of national shows to supplant local hosts and content. It was not just on news, talk and sports radio – it was across the radio business. This trend actually preceded the arrival of Sirius and XM radio in North America and its completely national programming.

The all-news format is still alive in the larger markets. Luckily, they are mostly affiliates of the CBS Radio network – such as Chicago’s WBBM-AM, KNX-AM in Los Angeles, and San Francisco’s KCBS-AM. Washington, DC’s WTOP-FM is now an ABC Radio affiliate as of the first of 2018. This was a shift that ended its affiliation with CBS dating back to the 1920s. Currently, WTOP-FM has retained its all-news format with ABC providing the national news feed at the top of each hour.

If there is a wildcard to this discussion, it would come from across the Atlantic Ocean. For SiriusXM subscribers and on some public radio stations, the BBC World Service is a beacon for a different kind of news programming. Instead of short programs that are repeated hourly, BBC creates a full in-depth topic-driven show for every half- or full-hour of its programming day. I mention this is because I usually listen to the BBC World Service than any of the news, talk, or sports stations across all bands.

I always felt that if you wanted to know the pulse of a city, tune into their local news station. If it was only that simple, as we have found other ways to be informed – including your smartphone. Then again, we could be burned out by the news of late. We could be questioning how fair and balanced our news delivery is currently. Maybe a listen to the local news station could be the answer to that question. Or, it might leave you with more questions.

That is the power of radio.