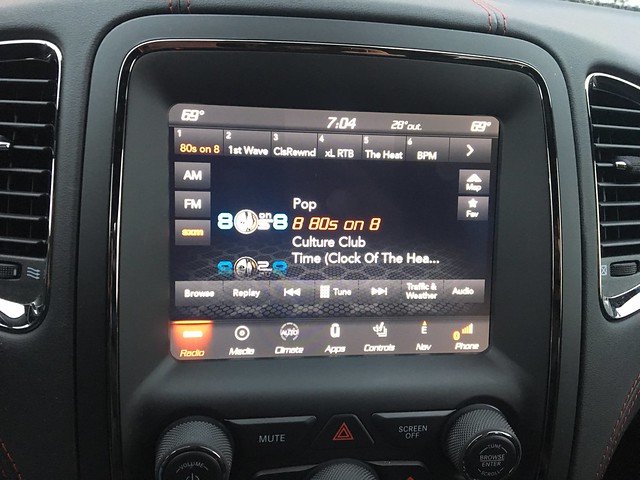 Is radio still a way to introduce you to new music?

It used to be. It was a way to introduce you to new artists, songs, and movements. The powerhouse AM stations of the 1950s and 1960s drove young music-hungry consumers to the record store – remember the record store? They bought singles – remember those, too? Eventually, they would buy albums on vinyl, 8-track cartridges, cassettes, CDs…amazing, wasn’t it?

It remained true for the rest of the 20th Century. This pattern of listening to new music on the radio, then buy your copy of that song that you went crazy for.

Yet, the change in radio programming in the 1950s from national networks to locally produced and delivered programming helped to foster the new youth culture and the music of the time. Because of radio, there was Rock N’ Roll, Rhythm & Blues, and a new generation of music that melded cultures, while spurning one over another – a terrible consequence of an era where this country was divided in many ways than just race.

That’s really the point of this month's column. Radio enabled us to open up our ears to hear music that may or may not be to our liking. Yet, it did introduce genres that have changed youth culture for generations over.

The one thing radio had over television was the absence of the visual. If we turned on a powerhouse station in a major market, and all of the sudden you heard a voice with a real rocking song – how can you visualize what that artist looked like?

That’s part of discovering music from the first play on the radio to your music collection on your smartphone. At least, that is the way it used to be – except we did not have smartphones in the 1970s.

What I had instead was the excitement of five brothers who sang and played music together. That family came from humble beginnings in Gary, Indiana and ranged down to single digit ages. The youngest would become the "King of Pop."

They were known as the Jackson 5 back in 1969/1970. That lead singer was Michael. They were the first artist on vinyl I remember getting at age 5/6. In fact, they became my first unit of musical measurement for me?

How could the Jackson Five determine the kind of dominant music genre you would listen to? At that age and time-space, you had two similar acts to choose from. The Jackson 5 was high energy Motown – a mix of pop and R&B. If you listened to them first, your ears would be open to everything – Rock, Soul, Funk, Disco, Punk, Yacht Rock…and so on.

Then, there were the Osmond Brothers. As a Mormon family from Utah, the brothers sang more Pop than anything. The counterpart of Michael was Donny. There were many teenage fan magazines that had both of them on the cover. Listening to the Osmonds could lead to more Pop – most of the sugary kind of teen-oriented music. It could also lead to Rock, Metal, Yacht Rock…and so forth.

The sad part about this duality between the Jackson and the Osmond families is they represent the Faultline of race in America. This had been an issue beyond music. We thought it was resolved by 1969, after a series of riots, legislation, and a start of a harmonious community that saw beyond race. African Americans were more visible and seen in greater roles in society – both in real life and media. We thought we had resolved four centuries and division based on skin color.

Yet, that division was played out on the radio – a Jackson 5 song for an Osmond Brothers song. Michael and Donny trading vocals. A child’s musical path determined on what they brought home from the record shop.

What if many of us had both the Jacksons and Osmonds in our record collection? In truth, this could be more common in the onset of the 1970s than you think. Yet, I thought that I was unique because I saw my record collection meander all over the map during my youth.

From the radio – first with powerhouse pop station KHJ in Los Angeles, then with the softer FM station played in the car, KNX-FM – my record collection began to build. I heard Roberta Flack's "Killing Me Softly (With His Song)" on KNX-FM and loved it. Then, came Elton John and Diana Ross. Did the universe try to tell me something I would discover less than a decade later? And, this is just scratching the surface.

What the universe told me was how diverse the Los Angeles radio market was. With every frequency I picked up from my clock radio and stereo set, a layer of an onion was peeled back. With every KMET and KLOS, there is a station playing disco or Funk. Yet, most frequencies did not scale the Santa Monica Mountains – the barrier that separated the San Fernando Valley from the rest of Los Angeles. Only the faint signals from KDAY and KKDJ enticed me towards a trove of music that would further shape my listening pleasure through my teenage years. They would play Cameo, The Gap Band, and Lakeside months before the market’s Top 40 station would pick it up. They also introduced me to Hip Hop with the long version of The Sugar Hill Gang's "Rapper's Delight." Not the radio edit – the long version.

A song would introduce you to an artist. The radio listener would take the artist’s tracks, listen to them, and get the album. That was how it used to be. One example would be The Time – Morris Day, Jimmy Jam, Terry Lewis, and company. From Prince's part of the city would come an EP with a song called "Get It Up." That would circulate on KDAY and KJLH (Stevie Wonder owned this medium-power FM station) before it would hit Top-40 radio. If you liked the next single, "Cool," then you listen to the next single…and so forth. And, if you were like me, you bought the EP, then the next album then watched them in "Purple Rain." You become a fan for the long haul.

As I probably wrote on this column before, radio has a way to introduce new genres to the listening public. Through the seminal Pasadena-based station, KROQ, Punk and New Wave blared through the airwaves across the Los Angeles Basin. Because only a few stations dared to play this music in many markets, I was privileged to experience the radio debuts of Duran Duran, Depeche Mode, The Cure, The Jam, Alyson Moyet, Erasure, and so forth. Of course, it would months, even years, for these artists to make their way to other markets and Top-40 radio. This opened up the doors to more radio listeners through experiencing these songs into the cycle of record buying.

The cycle is worth repeating, but the business has changed. Yet, one can still discover new music through these wider broadcast methods. Just like over these past 30-60 years, the discovery is worth the chase of new music.