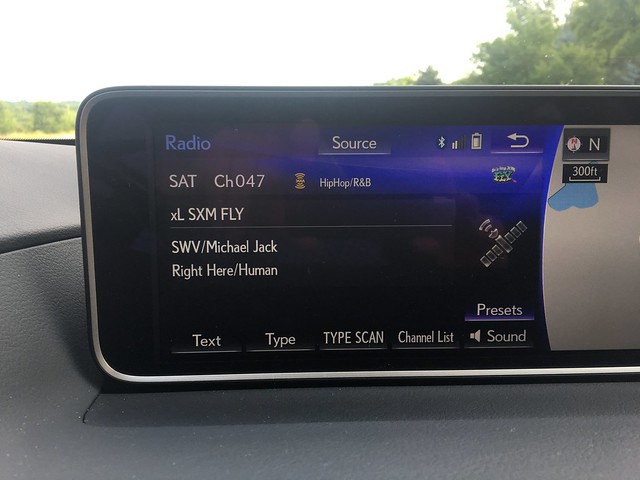 Listening to summer songs on the radio – what a novel idea!

It was. It still is.

Think about those summer road trips you took when you were younger. Radio was the source of those summer songs. They remind you of where you were going and the memories on the journey back.

What makes a radio-friendly summer song? One would go immediately to a station playing "the hits" – namely, songs from Billboard's Top 200 singles. At least, the top 40 of those 200.

Back in the 1950s through the 1970s, Pop music was radio gold. The AM dial made it convenient for one to flip from the news to the ballgame and to the Pop radio station. FM added stereo sound and higher fidelity of the music. Today, "hit radio" has been sub-divided and muted, thanks to Satellite radio and music files.

Still, there is still talk of summer songs. The music press stirs it up. The listener yearns for it. Radio stations program them, while others blog about it.

What are those summer songs? I have a few selections from my cranial Rolodex…shall I list them out?

"WHEN DOVES CRY: – PRINCE AND THE REVOLUTION: I have to start here in Minneapolis, where Prince Rogers Nelson was about to make the summer of 1984 his greatest. "Purple Rain" was about to be released in theaters and the first single from the soundtrack trumpeted his biggest charting to date – number one for five weeks in July and August. It would become the best-selling record of 1984. It would also become his signature song, even though he would evade it for years. The track was upbeat, with the usual Prince elements – thumping electronic drums, his signature guitar licks, and a tight band – the Revolution (Wendy and Lisa, Brown Mark, Bobby Z, etc.) – making every radio, record and cassette player its bitch. We remember this one after his death a couple of years ago.

"CRUEL SUMMER" – BANARAMA: The song feels like a sweltering city – New York City, perhaps? Maybe, London on a rare hot day. Sarah, Siobhan, and Keren rang out from this humid atmosphere with what would be seen as a lament from a negative-sounding title. Instead, they playfully tell the story of wanting to find an escape from it. In the USA, it was included on the soundtrack of "The Karate Kid," in which it went to number 9 on the Billboard singles charts in 1984. It reached to number 8 in Britain the year before.

"CRAZY IN LOVE" – BEYONCE w/JAY-Z: In 2003, we knew that Ms. Knowles and Mr. Carter were a thing. They were royalty in "rhythmic" music. If you forget their confessional albums of late, then you will see a blissful love song between the queen and her king. It was done in Beyonce fashion, with Jay kicking the hook. The song was a worldwide smash – hitting number one on multiple charts in the USA alone. It was also a top ringtone – yes, a ringtone. We’re lucky that they have been married for this long for us to recall this track over many times.

"HOT FUN IN THE SUMMERTIME" – SLY AND THE FAMILY STONE: The original funk band had a perfect post-1968 song for the summer. By post-1968, Sly and the band came out of a rough year where race relations was being challenged. This song talk about what fun can be had in the summertime – an upbeat, positive message with Sly’s patented funk/soul groove. It was the perfect single to come out of their Woodstock appearance a week or so earlier. The song got to number 2 on the Billboard Hot 100 charts in 1969.

"BEST OF MY LOVE" – THE EMOTIONS: Disco was the groove of 1977. Everyone was into disco or were die-hard Led Zeppelin fans. That was my world at Sequoia Junior High. The Hutchinson sisters from Chicago scored big with this song – assisted by members of Earth, Wind & Fire. It was upbeat, rhythmic, great to dance to…and it made it all the way to number one! This has the golden touch all over it – three voices intermixed with harmony, and that driving beat and pronounced horns. They were the act to beat in 1977.

"ONE OF THESE NIGHTS" – THE EAGLES: It starts out with Randy Meisner's bassline – a funky groove with an extended note attached to it. Then came Don Felder's guitar – long notes, with an invitation to the rest of the song. Don Henley thumped in with the drums and the Texas-tinged vocals. It was funky and rockin' at the same time. Henley and Glenn Frey write this track, which went to number one on the charts back in 1975. The song was as hot as a summer day in the San Fernando Valley. That is why I still love it.

"BAD, BAD LEROY BROWN" – JIM CROCE: In 1973, the folk singer hit pay dirt with a boogie-woogie track introduced by a piano sound that pronounced a positive and happy blues sound. The story was about a cool dude roaming Chicago's South Side with everything a cool dude would want. And, yes, it went to number one on the pop charts. It would be the biggest hit for the Philadelphia born-and-bred artists, as we would lose him several months later in a plane crash. This was his legacy of the summer of 1973.

"GOOD TIMES" – CHIC: To end this shortened list (I can go on for days here), I must end with the great Nile Rodgers and Bernard Edwards. Their disco/funk group learned towards the latter with this track in 1979. It would reach number one on the charts – and rightfully so! It served as a transition for Rodgers, as he expanded into other genres and subgenres to show his competency as a producer for many other artists – from David Bowie to Daft Punk. Let alone, this was the sample that The Sugar Hill Gang used for the first hip-hop track to chart on Billboard – "Rapper's Delight." "Good Times" stands alone as a song that welcomes the summer and all of its activities.

On top of this list, Victory & Reseda went to social media to find out your favorite summer songs. Here is what you have to say…

"SUMMERTIME" – DJ JAZZY JEFF AND THE FRESH PRINCE: Will Smith and Jeff Townes popping open fire hydrants to cool down all of Philadelphia and everywhere else.

"DANCING IN THE MOONLIGHT" – KING HARVEST: This takes us back to 1972 and FM radio! Went up to number 13 on Billboard's charts (Number 10 on Cash Box's charts). A cool summer night vibe.

"RIGHT HERE" – SWV: The one with Michael Jackson's "Human Nature" mixed in, though the original was OK. The second single from their breakout album hit number two in the USA – thanks to the assist by the "King of Pop" – er, Teddy Riley.