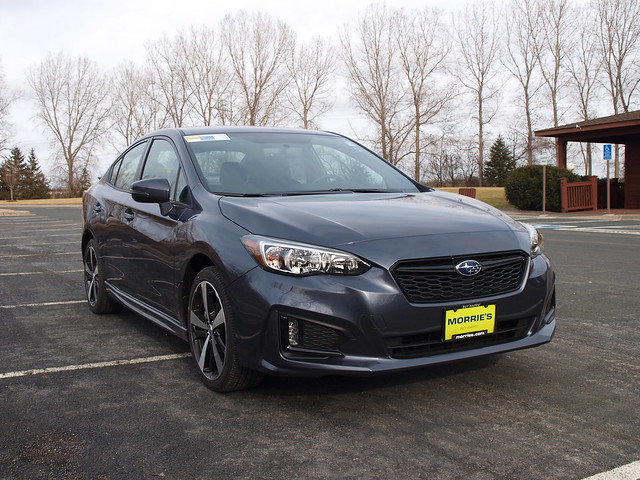 Unless you are a dye-in-the-wool Subie fan or enthusiast, no one would ever suspect that the Impreza would be a strong contender among compact cars.

This is a statement that needs further explanation. You see, compact customers run in two packs. One, there are enthusiasts who are loyal to their brand. They would rather have their car than any car. Subaru WRX and STi owners are very loyal to the core. They love their turbocharged boxer engines, all-wheel drive and the many other quirks in owning a Subaru.

For everyone else, there has to be a reason to buy a specific car. It has to be a very good reason. When it comes to buying a compact car, it has to be of necessity. It has to be practical, economical and peppy enough to get around traffic. With that in mind, there are lots of models to choose from. For reliability, the most popular compact is the Honda Civic. The Toyota Corolla is a dependable choice. To drive like an enthusiast, there is the Mazda3. To fly the American flag, there is the Chevrolet Cruze. You get the idea. 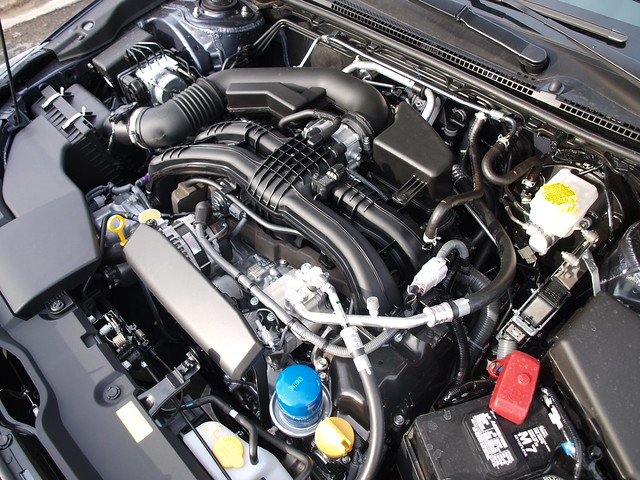 It is not much of a stretch to state that the 2017 Subaru Impreza is now one of the top choices in this class. To say that, I must have driven one. Well…how about two?

Before I dive into why I like the Impreza, let me explain what Subaru did to it.

It starts with an all-new global architecture. This will be the platform for all Subarus to built off of going forward. The next Crosstrek? Yes. The next WRX? Yes. The next Forester, Legacy, Outback and the proposed seven-seat SUV? You betcha. From there, a reconstituted 2.0 liter horizontally-opposed four-cylinder engine was developed for the Impreza – now with direct injection. All told, the new 2.0 liter engine puts out 152 horsepower with 145 pound-feet of torque. Everything else is also new and/or vastly improved.

On the base and Sport models, there is a five speed manual transmission standard – something enthusiasts and those who can master the third pedal can enjoy. Otherwise, your Subaru can be equipped with a continuously variable transmission. The big part of the Impreza's package is a new update to the Starlink infotainment system, which now has Apple CarPlay and Android Auto integration on all models. EyeSight – Subaru's active safety nerve center – is also available on most models in this generation of Impreza.

All trim levels come with a choice of a four-door sedan or five-door hatchback. This includes the all-new Sport version. More on that later… 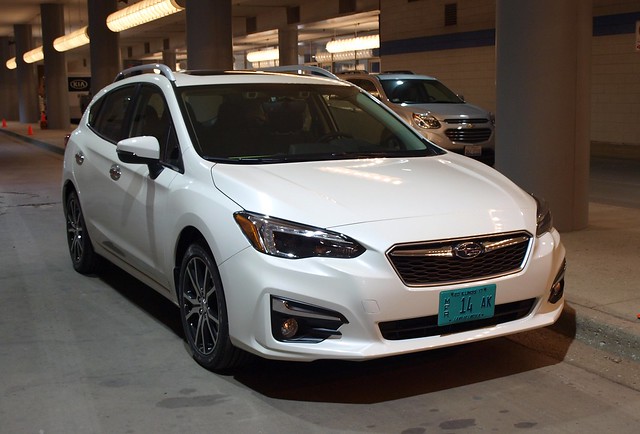 I had the chance to drive the new 2017 Impreza – twice. The first time was with a 2.0i Limited 5-door hatchback at the Chicago Auto Show, while the second came at an event put on by a friend's dealership close to home. That was the new 2.0i Sport sedan. Between these two are the reasons why I would put the Impreza towards the top of your compact car shopping list.

The Limited 5-door provided a luxury look and feel for this compact. It rides very smoothly and quietly, while providing the driver lots of information between three screens and two big dials. High on the center stack is another TFT screen providing key information not captured in the instrumentation binnacle. Otherwise, there is a solid information screen residing in-between the speedometer and tachometer, which includes the fuel gauge and trip/vehicle information. The Starlink screen is within finger reach for ready infotainment, along with climate controls.

I liked how the Limited drove, even in our short loop between McCormick Place and Soldier Field. The suspension is excellent with a great mix of ride and handling. It steers extremely well with a bit of a light weight. Stopping power is quite good, as well.

The Limited is fine, but I would much rather prefer the Sport. Everything that is good on the Limited was much more to my liking in the Sport, the steering weight as heavier, which meant more direct turning. The brakes were more superb in feel and response. The ride/handling mix was sportier and more confident. 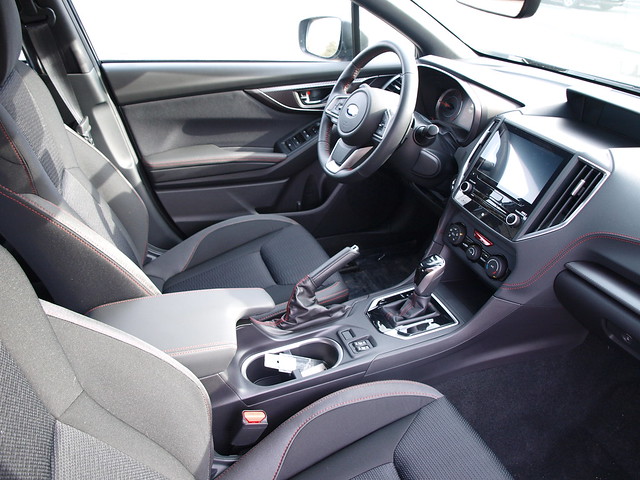 Still, you are driving a four-cylinder with a CVT. Though quieter in easy going, there is that whine when the throttle is taxed. Is that a bad thing? Not on the Impreza.

The bottom line about the Impreza is how good it has become. It feels more solid than a Mazda3 or Elantra, more confident than a Corolla or Civic, and much more accessible than a Cruze or Focus. It;s that good. And, yes, I was very impressed with the Subaru Impreza!

For the enthusiasts who love their WRXs, you're fine. The Impreza is definitely something to rally around. For everyone else, why have you not looked at one? I think you'll appreciate the Subaru over anything you're considering now.