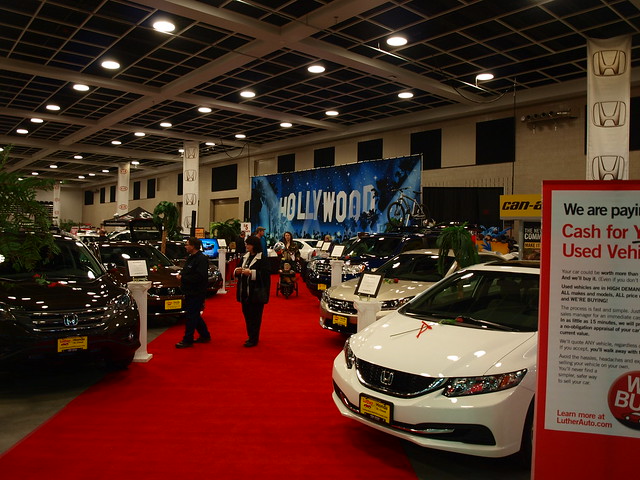 Not all auto shows are created equal.

Not all auto shows are as important as the upcoming one in New York. Nor are they as big as the one in Minneapolis last month. In almost every metropolitan area in North America – big and small – a convention center would open up its space to show off the latest in automotive wares to the general public. And, they certainly come!

However, the general public wants a chance to look at new vehicles and consider what to do in the time ahead when it is time to trade in the old one. This is truly the purpose of auto shows.

For the second time in three years, I found myself on the floor of the River’s Edge Convention Center in downtown St. Cloud to walk the floor of the Central Minnesota Car Show. It is good to see there has been some progress with its inaugural event in 2012.

The show as the idea of Leighton Broadcasting, a network of radio stations broadcasting in St. Cloud. They reached out to the area auto dealers to get together for a show inside the then-new River's Edge Convention Center. In its third year, the show is attracting people through the door. In addition, the auto show grew to include amusements for children and adults alike. This year, they had a money grab combined with a trivia contest, a bouncing castle and a dirt racing simulator. 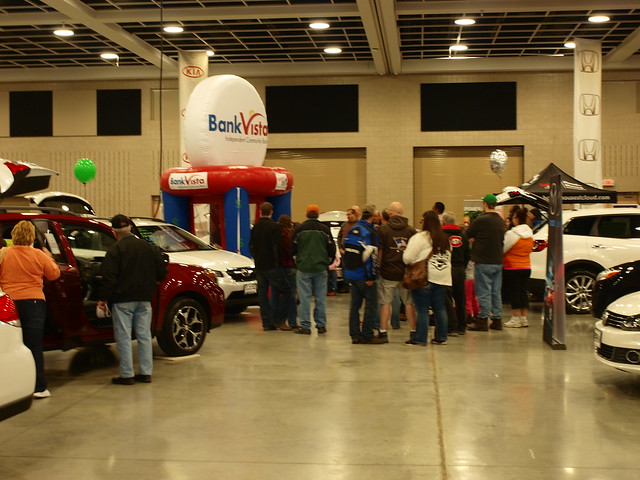 There had been some changes in exhibitors from these two shows. In 2012, the Snell and Gilleland dealers were not on the floor. This year, show goers can now see Buicks, GMCs, Nissans, Chevrolets, Cadillacs and Lincolns. Absent this year is McKay's Chrysler store, who was at the 2012 show. The other auto retailers in St. Cloud were represented, along with a group of luxury vehicles sold through the Luther dealership group down in The Cities and in Rochester. In 2012, Sears Imports brought a selection of Mercedes-Benzes from their Minnetonka store.

This show befits the Central Minnesota region. As with the Twin Cities, all of Minnesota is a ripe automobile market. In comparison with the rest of the country, the economy is better across the Upper Midwest – Minnesota and North Dakota, to be specific. Car sales kept with pace of the economy and it shows around the St Cloud/Central Minnesota market.

To gauge trends, I asked a couple of dealers what sells in this market. Traditionally, trucks are usually a sales driver inside St. Cloud and out in rural communities. Well…you might be surprised to find out that compact crossovers, compact and midsized cars are more popular in St. Cloud. One of the sales managers at Gilleland Chevrolet-Cadillac pointed out that they sell a lot of the Equinox and Cruze out of their dealership. The main factor for sales of these two vehicles has been the concern over fuel efficiency and pump prices throughout the region.

A salesperson from Eich Motors, the local Volkswagen and Mazda dealer in St. Cloud, corroborated this trend by pointing out that the Passat, CX-5 and Mazda6 are the top sellers at their showrooms. If you ask all of the dealerships in attendance, the story would be about the same – all leaning towards economics and fuel efficiency as key sales drivers. 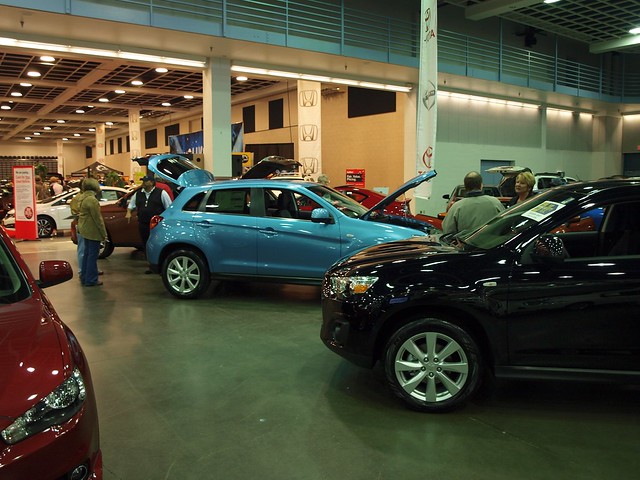 Most of the dealerships in the St. Cloud area have been around for a long time. One such dealer began selling new cars, taking over the Mitsubishi franchise from McKay Chrysler. Don Robinson is a very enthusiastic veteran of the car business in St. Cloud having had a bustling used car business in the southwest part of town. He took on Mitsubishi in the face of the chorus of naysayers across the country watching the brand's demise in this market. Actually, Robinson is doing good business selling the three-diamond brand.

For Robinson, Mitsubishi provided "the perfect recipe" of the product and OEM support for him to sell the current lineup. He also equated the concept of each Mitsubishi product as a "cake," in the context of making one. These images help Robinson gain traction on sales for each of the four product lines.

Even at St. Cloud's newest dealership, the through line on emphasizing economics as a key car-buying driver was reiterated. Robinson points out to the idea that while a few enthusiasts would look at the Lancer Evolution or Ralliart, it is the lower Lancer models equipped with the 2.0liter engine that truly sells in his market. Again, the cooking analogy is applied here.

There are a few hardcore enthusiasts in the area that will buy in the opposite part of the automotive spectrum. What the sales manager at Gilleland pointed out is that a few Corvette owners would check out the car in The Cities, but will come home to purchase the car through his dealership. Most likely, a C7 Stingray bought through Gilleland would have a few options and modifications made to suit the taste of the enthusiast. As for Cadillac, he also pointed out that current owners of the Escalade are eagerly awaiting the arrival of the all-new 2015 model. There is a waiting list for Cadillac's new large SUV at Gilleland. 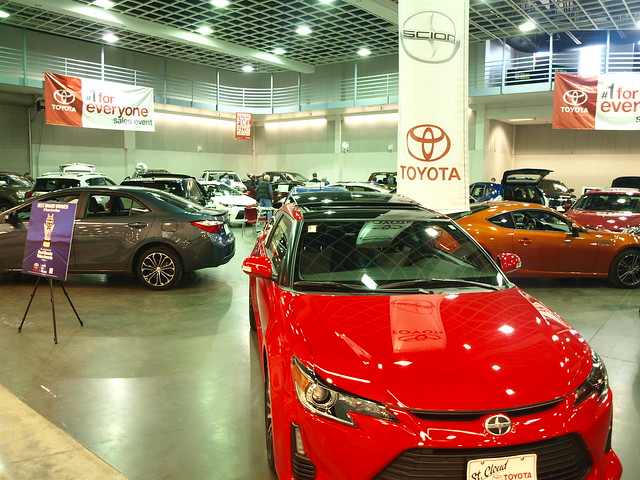 As a counter point, there are a few consumers in the St Cloud and Central Minnesota area that would purchase something even more special in The Cities or in Rochester and bring it home. One of the Luther representatives stated that a customer was interested in the BMW 435i xDrive coupe that was at the show and would not mind driving down to the Rochester store to take delivery. This was a point that was made two years again with the few Mercedes-Benz owners heading to Minnetonka to take delivery of their new car.

To cover an auto show in a market such as St. Cloud is to study consumer trends in that area. But, how would you enhance the experience of this auto show to truly connect with consumers? Understanding the driver of economics and vehicle efficiency, would a ride & drive experience work with an emphasis on products fitting the needs of the residents of St. Cloud and vicinity? Would opportunities to connect with other services and dealers not exhibiting on the floor work out?

If there was one concern about this show is the limitation on space to spurn a dealership or two from exhibiting. McKay Chrysler would fit in the space of Luther's Luxury Car area in the third hall. The lobby would be a great place for a small number of luxury cars from a Twin Cities dealership. Also, the limited space in the two main halls created cramped conditions for a couple of dealerships to truly show their wares. Perhaps a balance between the numbers of vehicles shown would help to create more foot traffic area at certain dealer exhibits.

Then again, maybe I am spoiled by the experiences in Chicago, Detroit and Minneapolis. It is those experiences that provide perspective of what is possible for St. Cloud's own auto show. This is an important market within the region worth feeding for both consumers and enthusiasts alike.