Having a home auto show to work at has its advantages.

For me, the Twin Cities Auto Show is home turf. Living here enables my resources to maximize the value of attending and working the show for almost every year I have lived in the Minneapolis-St. Paul area. Each year adds another layer of responsibility to ensure that the show gets its shine and that click traffic is fluid for the content necessary to elevate the experience towards increasing visitor traffic to the Minneapolis Convention Center.

And, I was very happy to do so.

This year was no exception. After publishing a timely preview of the auto show in one of the publications I write for, I had the job of introducing five local photographers to a different part of the auto show – the media preview. This came about as an exchange for some meet-and-greet at some room on the second floor of the convention center. There was a meet-and-greet on the show floor – organic in organization, thanks to a couple of car groups for setting up cruises to the auto show.

In addition to bringing in the five photographers, I was approached by the three local Mitsubishi dealerships to help judge a contest naming the best Lancer Evolutions in the Twin Cities. This was to honor the end of production for the iconic sports compact sedan that helped save Mitsubishi from oblivion after the implosion of sub-prime financing deals the company made over a decade ago.

It was an interesting contest to judge, as I was looking for creativity in the approach of each Evo. We selected three winners – myself, Ryan Gates of 311RS, LLC and Ronnie Soliman of RS Motors – and they represented each generation of Evo sold in the USA. Victory & Reseda wants to congratulate Kip Hanson (Evo VIII), Brian Kscinski (Evo IX) and Dustin Rogers (Evo X) for winning this contest. 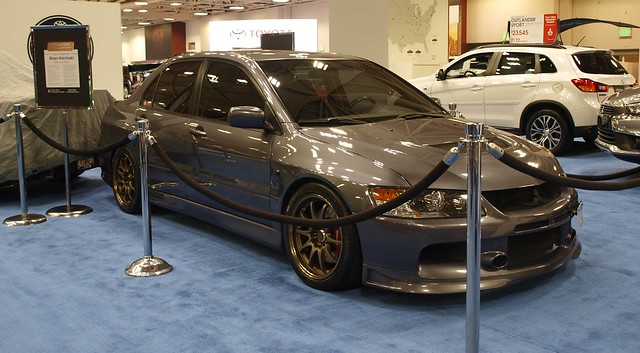 The auto show also garnered a bit more presence on my part, thanks to being thrown in as some sort of "expert" due to my involvement in the automotive media. Luckily, my quotes were not published or footage was not shown on television. Maybe I should be happy for that…

It would be great to gain a larger exposure for the local auto show, I have found many times that being humble will always prevent me from achieving greater influence. Yet, being humble and letting others take the spotlight has been my modus operendi. It is not career conducive by any means, but it has been too ingrained in my psyche that suits me at this stage in my life. Behind the scenes, I rather work hard and deliver the goods than jump in front of microphones and television cameras.

This is why I provided the platform of the Twin Cities Auto Show to Stephen Miller, Jarrett Strand, Wayne Borden, Eric Vilendrer and Ben Lakson to show the world what this Tier 3 auto show is all about. I see a lot of talent in this car community and felt the need to provide this opportunity for these guys to deliver superb images from the show floor. And, they all did an exceptional job!

After spending a total of four days on the show floor, I felt there was something accomplished in terms of bridging readers, other creative people and friends to the Twin Cities Auto Show. It is something I truly enjoy every year. I usually say that I would be "done" after a second day, but something always brings me back. This time, it is about friends – and cultivating friendships. It is also a sense of pride I have for this market. It is about cultivating relationships with local automotive retailers locally to help drive readership traffic to the publications and websites I write for – V&R, included.

For those of you who joined me during the public days at this show – it was great hanging out with you. Thank you for the privilege of doing so!

Our auto show might not the biggest star among the circuit, but we're getting there. That is more important than just putting on the show in the first place. Growth, presence and stature is what makes a good auto show – especially this one!

Yet, I heard enough feedback of the show to warrant comment. How come certain vehicles were not at this year's Twin Cities Auto Show? This is a busy part of the year with other lower tier auto shows ramping up towards the opening of the New York International Auto Show a couple of days after the doors close to the Twin Cities Auto Show. If a manufacturer only has a few show cars of a certain type – the new Acura NSX and Ford GT to name a couple – then, obviously, the larger shows will get them to exhibit. This time, Twin Cities had to compete with Dallas and Denver, where there was a larger media presence thanks to the local associations in those regions. Not to mention there is a small window of turnaround between Minneapolis and the set-up of the New York International Auto Show. The fallback on this would be at the dealerships upon the arrivals of these models onto their showroom floors. 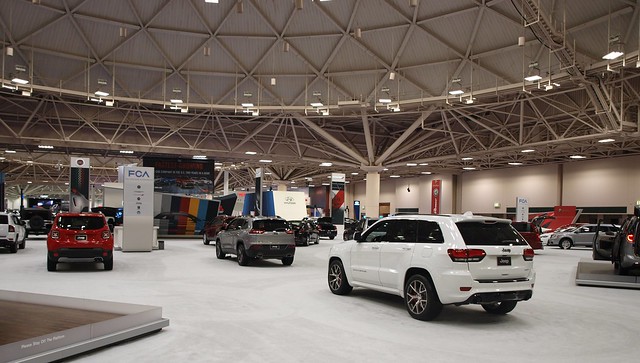 As much as I would love to see these important and exciting new models at the Minneapolis Convention Center, I believe we should be thankful that the displays and interactive opportunities were enough to engage a growing crowd of consumers and enthusiasts who attend the show. This also shows the Greater Metropolitan Automotive Dealers Association (GMADA – the producers of the Twin Cities Auto Show) what they have to do at future shows to grow its presence and build on the successes towards winning key displays from the OEMs.

There is one last note. This year's Twin Cities Auto Show marked a very important anniversary in this work. Five years ago, I was introduced to two regional PR representatives of their respective OEMs on the show floor of the Minneapolis Convention Center. One actually introduced me to the other, whom asked me two questions. One centered around being a member of the Midwest Automotive Media Association. I was not at the time, but I was accepted as a member by the end of 2011. The second question was the one the blew me away that day. He asked whether I was on that particular OEM's media vehicle fleet list. I was not…and always wondered how to get on board to expand my coverage. The next month, the first vehicle arrived at my home for the purpose of evaluation and publication. That turned out to be a 2011 Lexus IS 250C. Since then, I received 200 vehicles from various OEMs to review across several websites and magazines across the USA – including this website.

If it were not for these introductions, there would not be a Victory & Reseda. There would also not be a byline anywhere that is searchable online.

Because of that milestone in 2011, Victory & Reseda officially kicked off its Fifth Anniversary celebration on the second day of the show. It was an appropriate start for a celebration that will culminate with a weekend here in the Twin Cities. Details will be announced in the coming days.

Why is this auto show worth writing about? Why do I put forth the effort to add new layers to cover the show and engage with its patrons? It is because this is an important consumer market to do so.
It is also a market I also call home.

It is good to talk about home. For a week, the Twin Cities Auto Show has become home. I am glad you were able to enjoy the yield V&R offers to you from our home auto show.