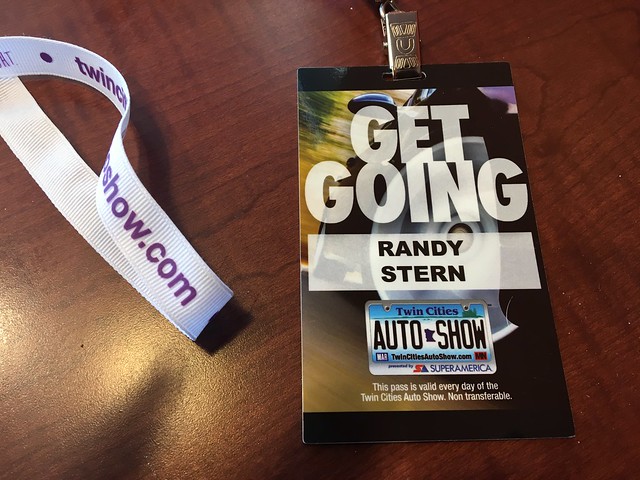 All Photos by Randy Stern, except otherwise noted

Six years ago, I had to convince the pass gate people that I was there to meet with a communications person from Chrysler on the first day of the Twin Cities Auto Show.

It was six year ago when the trajectory of this work went into hyperspace. All of the work, door knocking, competing and finding regular readers was not in vain.

This year, it was my door that was knocking. When I answered it, it was the Greater Metropolitan Automobile Dealer Association. In addition to putting together a four-article package for the magazine I write for locally, GMADA asked me to provide with additional content in the program for the 44th Twin Cities Auto Show, along with additional web content.

I went back into hyperspace. Then delivered on content that everyone at GMADA really liked. To that extent, I found myself wearing a different badge than my colleagues in the media local. I was honored, but very humble about attaining such status. Yet, I found myself at the Minneapolis Convention Center three times in the course of two days – Roll-In on the day before the show opened, the Media Preview along with V&R's Meetup on the morning of the opening of the show, and several hours later for the Opening Night Party with GMADA.

This was just a span of six years. It felt like forever. Yet, my humility never prepared me for this larger role in the Twin Cities Auto Show. This was far from my own wildest dreams. 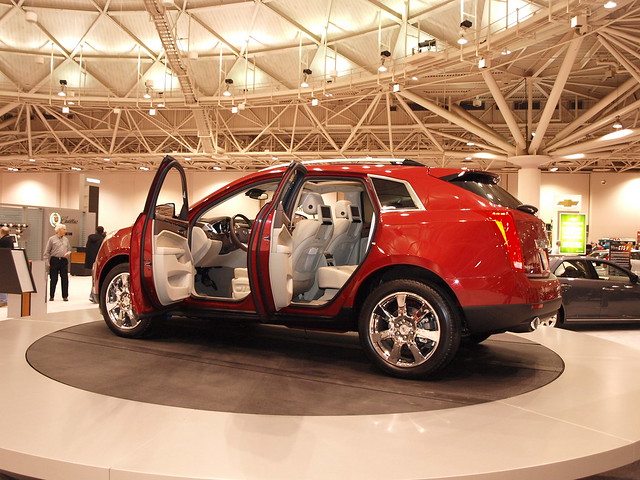 Those dreams began in 2005 when I attended my first Twin Cities Auto Show. Just walking in after work over at Target's headquarters along the Skyway system to see for myself how my adopted home does auto shows. Since then, I've been an advocate in creating deeper value to our annual stop on the auto show circuit. From a role of a blogger, it grew into something larger. So has the progression and maturation of the Twin Cities Auto Show.

This year, I did not see it from the opening of the auto show. My view of the show came weeks earlier. Engagement with the show's producers and public relations teams became deeper in knowing what will be shown, which brands will not appear on the floor and other issues that visitors to the show may or may not see. 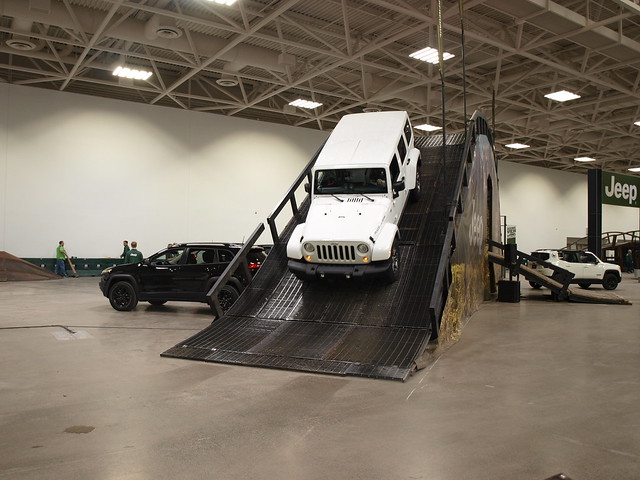 When I talk about this home market, there are some realities that are certain. Vehicle sales in Minnesota favor trucks and SUVs over cars by a 70/30 margin. Whether the enthusiast community want to embrace this fact, everyday customers drive this market towards providing their families an SUV as a year-round vehicle or to use a truck for both work/commuter and recreation.

You can see from a majority of the patrons that they wanted to look at trucks and SUVs, while entertained by the vehicles displayed at Luxury Lane and other sports and luxury cars dotted around the convention center. Even Hall of Fame football player and former Associate Judge of the Minnesota Supreme Court Alan Page brought his family to look at some SUVs. He was seen examining the 2018 Volkswagen Atlas. 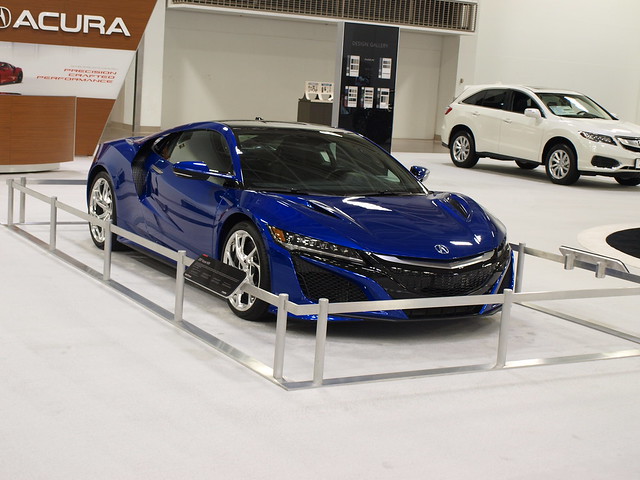 For the enthusiasts, there were some highlights. Nissan brought a GT-R to the show, fulfilling complaints by enthusiasts regarding this model's absence. There were two Acura NSXs – perhaps one more than seen at most auto shows across North America. Luxury Lane is always a place for dreams to come true. It had a couple of Aston Martins, a couple of Bentleys, a Maserati, an Alfa Romeo 4C, a Lotus Evora 400…to name a few.

This show became an interesting quandary. I walk a line between groups of readers…even those who are friends. Some care about certain brands and specific models. Others could care less about a particular vehicle of segment. This is always a challenge personally as this job gives me a platform to cover everything the market offers to consumers. In-between the talk of hating crossovers and SUVs to “(insert a particular brand here) sucks,” my position in the middle gets challenged.

This is truer on the floor of an auto show. If I stray from my editorial cloak, my enthusiast side comes out. It means I punched out the clock and get that chance to enjoy something for a change. Yet, my eyes have narrowed over the years. It focuses on certain products that excite me over others. Yet, the editorial side influenced my enthusiast side. This seems to be a problem with my friends. It is not because a vast majority of my social media posts are automotive-related. Maybe because most of my social media followers happen to be of the automotive persuasion. 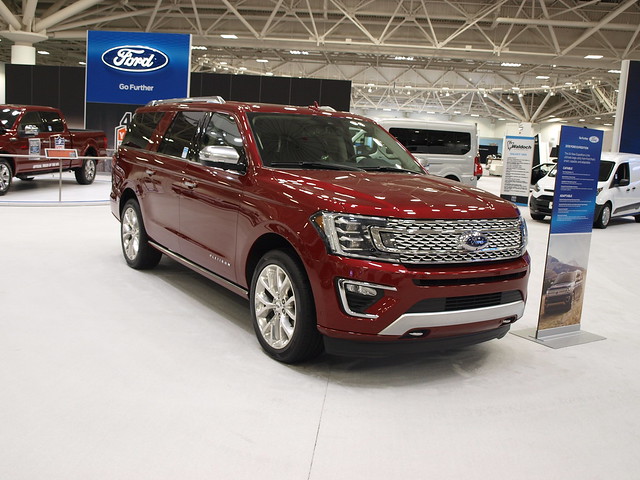 It is that I found myself with one foot in reality and the other in chase of those childhood automotive dreams. I was given quizzical looks when I saw that the auto show had a quartet of 2018 Fords on display – the revised F-150 and Mustang, along with the new Ecosport and Expedition. I also had my semi-emotive moment with the sighting of the Lexus LC 500 on their stand. All of this, to name a few.

Back to enthusiasts, I always attempt a chance to connect with fellow locals whom I know to connect at the show. Whether they were from the car community, the local auto retail contingent or others whom I met along the way, the Twin Cities Auto Show is indeed a gathering place. Sometimes you can't put them on your schedule. This is a lesson learned after a few attempts at doing so. You can better coordinate such a thing somehow. Or, try again next year – perhaps the next day.

One more thing to address. Apparently, the advertising and marketing folks that were promoting the auto show came out with a creepy likeness of me in their adverts. No, it was not intentional. You pointed it out though, not to my amusement. For the record, that certainly wasn't me. Not even close. Would I look like I came from the Northwest Territories in that getup? Or have pixelixed glasses like T-Pain? Sorry…you tried.

Still, I was even blessed for taking on a greater role and gained deeper access to this year's local auto show. It will be running through March 19. You might see me there again. OK, twice. I also have an extra ticket…