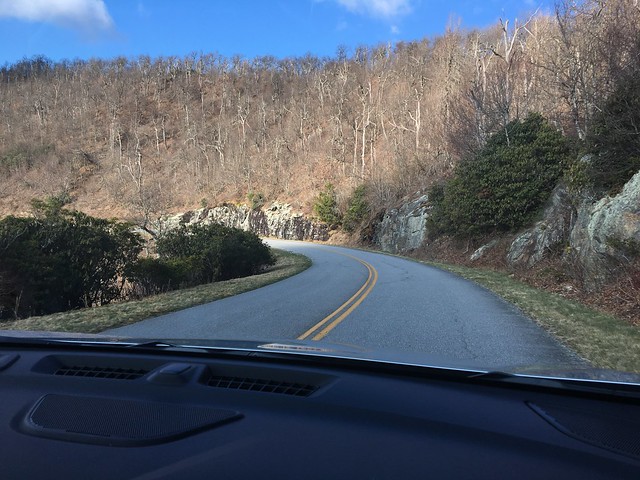 One of the best views of 2017: in the Blue Ridge Mountains near the North Carolina/South Carolina border. – All Photos by Randy Stern

Another year is wrapping up. This was one an interesting one, though.

To avoid any political and social commentary, I wanted to look back at 2017 through its highlights. Not just V&R's highlights, but personal ones, too.

Besides, didn't I announce a #VOTY and my favorite vehicles of the year? What more do you want?

FINDING NEW ROADS WITH THE 2018 CHEVROLET EQUINOX (MARCH): After over a year away from the media drive circuit, a fun opportunity came up. Chevrolet invited me to Greenville, South Carolina to drive the 2018 Chevrolet Equinox through the state's Upcountry region over the Blue Ridge Mountains into Asheville, North Carolina. Our mission was to "find new roads" by being discoverers of the region's history, arts scene, and other scenic locales. In Asheville, we were treated to a tour of Moog's headquarters and to experience their industry-standard in synthesizer music. The next day, we made our way down the Blue Ridge Mountains back to our base in the Greenville-Spartanburg area. Regardless of what I thought about the Equinox itself, this was one of the best media drive trips I have taken between the hotels, food experiences and the driving roads. 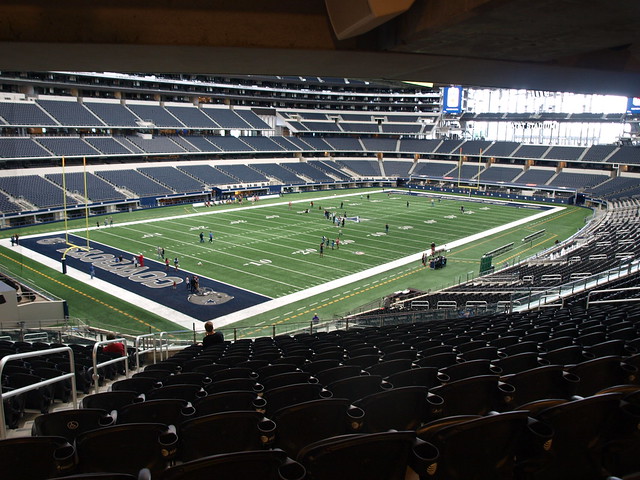 THE DALLAS DAY TRIP CHALLENGE (APRIL): The regional communications representative from American Honda – a friend of mine – didn't think I could accomplish all of the places I wanted to visit in the Dallas-Fort Worth area in a single Saturday. The challenge was on. Behind the wheel of a 2017 Honda Accord Hybrid – ironically on Earth Day – I made quick work of the city of Dallas and a few spots near DFW Airport. After a battle with construction traffic, I drove through the site of President John F. Kennedy's Assassination, visited Dallas' old gayborhood, checked out some exotic cars, driven by Love Field, checked out both AT&T Stadium and Globe Life Stadium, and finished up at the American Airlines headquarters and its museum. This, in-between two nonstop flights from MSP to DFW. Mission accomplished….and, I'd love to do it again!

DRIVING HYUNDAI'S LATEST IN THE CHICAGO BURBS (AUGUST): The premise was simple – take the day after the Solar Eclipse and drive in a duo of 2018 Hyundais – the Eclipse GT and Sonata. The resuslt was an overnight trip to meet new and returning folks from Hyundai Motor America, other regional journalists, drive the two cars deep into the Southwest Burbs and fly back. Oh, and watch the world turn to gray inside Chicago's Loop. Our day was very sunny, however. As were the duet of Hyundai's latest products. 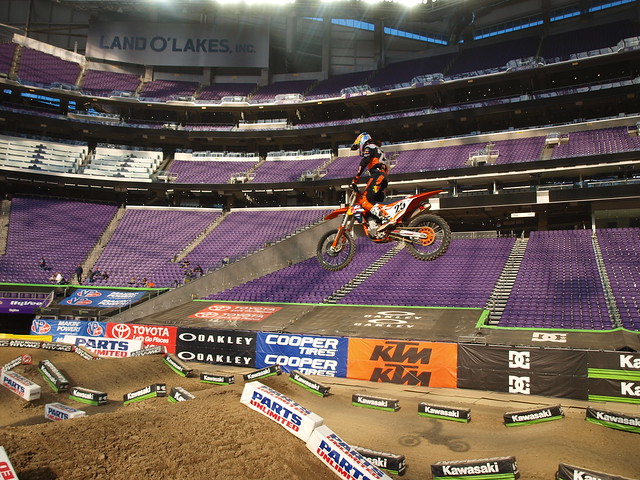 YOU WANT ME TO CHECK OUT WHAT?!? When communications and public relations firms call, you better be sure that the pitch is good…and legit. Knowing who I work with, I trust them 125%. What happens afterward is a different story. In January, I took up an e-mail from the regional Fiat Chrysler Automobiles representative to check out the AMSOIL Snocross Championship series at their stop in Shakopee, Minnesota. That was cool…and, thankfully, I knew people that were there checking out, too. Soon afterward, a local PR firm that I work with regularly sent a couple of invites my way. The first was the Twin Cities stop for the Monster Jam tour, where the famed monster trucks took to the floor of U.S. Bank Stadium in Minneapolis and jumped their way inside through the night. Not long after that, I returned to U.S. Bank Stadium for the Monster Energy AMA Supercross tour. This is not a two-wheeled website, but it was indeed worth checking out. The moral of the story: Be open to whatever comes your way and enjoy the experience!

THE USUAL AUTO SHOW STOPS: Chicago and Twin Cities are the annual stops I make on the auto show circuit. Both are indeed diametrically different in terms of square footage, media access, and visitor patronage. Chicago (February) was a busy show, as I attempted to do live and recorded video from the floor – with varying degrees of success. Twin Cities (March) was even busier, thanks to additional work sent my way from the Greater Metropolitan Automobile Dealers Association of Minnesota, organizing a day for the readership and ending up back on the floor multple times during the week.

I guess that's about it. For those who celebrate it – Merry Christmas from Victory & Reseda!