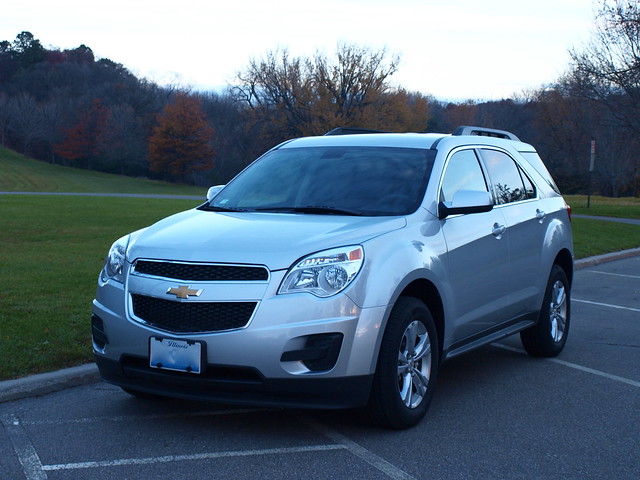 Wait, that Buick rendering sort of looks like me! All Photos by Randy Stern

You hear that cheering in the background? It is because General Motors is going ahead and replacing one of its more popular vehicles.

Though reports show a heavily revised Chevrolet Camaro in disguise during testing, it is not the vehicle I am referring to. This one is even more important to GM on at least two continents. For one, it has been a success for the two brands it is sold under. The Insurance Institute for Highway Safety gave both versions their Top Safety Pick + designation. In another market, it opens the door for the popular brand to include a right-sized product slotted between two strong selling models.

This story however was prompted by a leak. The leaked photo showed a draped crossover with familiar design clues. This draped mystery vehicle has been flanked by each side with globally familiar crossovers – the Buick Enclave and the Buick Encore. To make things more interesting, this image came from China – Buick's strongest market.

The rumor has this vehicle named Envision. It also spawns two other products for North America – the replacements for the Chevrolet Equinox and GMC Terrain. It is rumored we will see all three in various global locales for the 2016 model year.

This calls for The Speculator to try to sort things out. Let along put out some suggestions for the new crossover offerings to hit both sides of the Pacific Ocean in a year's time.

The first clue given is its looks. One might consider some similarities to the draped Buick with the current Equinox, but let us not get ahead of ourselves. If the design is evolutionary, then the Buick should exhibit some details from the Enclave and the Encore to distinguish itself further.

The other part of the Buick equation is the possible introduction as an Opel (and Vauxhall) in Europe. Which means the European version will take further details for grilles, tail light textures and trim, but keeping all of the Buick's basics intact.

For the Chevrolet and GMC, they are expected to retain separate design approaches pertaining to each brand. The Chevrolet should be following more of the form of the Equinox, but with more influence from current design trends of the brand – namely from the Traverse, Malibu, Cruze and Impala. One would also expect it to be sold in certain export markets, such as Latin America and Australia (as a Holden), along with making footholds in North America and the Republic of Korea.

If you look at the Acadia and the Yukon, you could possibly see where the next Terrain will go. This could become the most dramatic change amongst the trio, as its boxy lines get softer, but with details coming through combining its CUV/SUV label mates. The headlights on the Yukon would elevate the Terrain to a new level. We would expect a Denali model to be part of the new lineup.

According to World Car Fans, one engine is taking center stage in the new CUV. Buick has a 2.0liter turbocharged four-cylinder pegged as the main engine for the Envision. The power rating touted is 260 horsepower, which is about right, if the Regal's turbo is being used under the Envision’s hood. One would hope that it is not the only engine available. 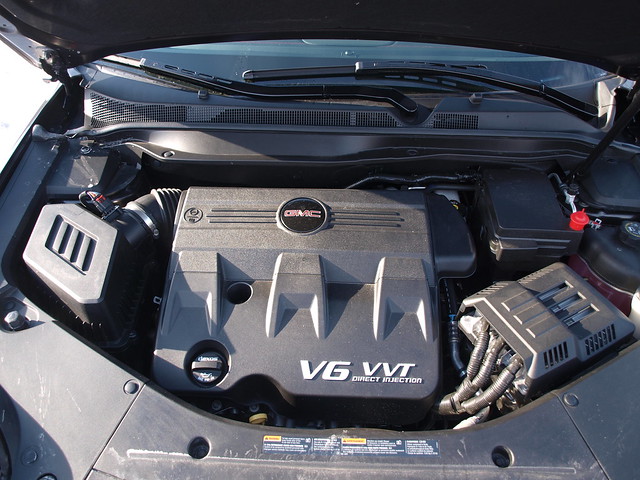 While the rest of the class has abandoned the six-cylinder option – rather never wanting to put one under the hood, GM stayed true by offering the 300-plus horsepower 3.6liter V6 in the Equinox and Terrain. This should ring true, since Jeep offers a V6 in the Cherokee, Dodge in the Journey and Mitsubishi in their Outlander. The V6 may be big, but it still packs a punch in the Equinox and Terrain. Expect GM to retain this option and tout some class-best figures on power, torque and towing.

Then turbocharged four is a compelling item. The question for GM would be if this would be suitable for the Chevrolet and GMC, rather than offering the Ecotec 2.5liter as the standard engine with a power range of 190-200 horsepower. That engine would be the match for its competition, while the turbocharged 2.0liter could be positioned against the Ford Escape's 2.0liter EcoBoost.

What about a light hybrid or a diesel. That will depend on whether GM would be willing to utilize either due to lack of interest (Hybrid/eAssist system) or possible supplier problems down the line (2.0liter turbocharged diesel in the Cruze – perfect for the new CUV). The diesel would make sense, but that will require a leap of faith within North America to do it. It is a shoe-in for Europe and other related markets.

In other words, the new CUV could be the most powerful lineup in its class.

No matter which engine, expect GM's six-speed automatic to be the only transmission offered. A choice of front- and all-wheel drive is expected. Consider most of the components carryovers from the last generation crossover.

However, one such addition might be welcomed on certain models. A recent drive in a 2015 Chevrolet Tahoe LTZ revealed a major shift in SUV drivability – the use of Magnetic Ride Control. Would it be great if that was offered in the Envision and the Terrain Denali? The system would be adapted from the Regal GS to work with the longer travel of the crossover’s suspension. They would transform premium models of this CUV into ones that would change the perception of the class.

Interior design is going to be an important task. They need to step up and utilize current brand languages. We should expect distinctions between the Chevrolet, GMC and Buick models. This could be as simple as seat upholstery textures to different instrument clusters and infotainment switches. We should see push-button ignitions, electronic emergency brake switches and other details from each brand’s more recent models. Think of the Equinox as a cross between the Cruze and Malibu, while the Envision carries over the Regal's latest details.

The centerpiece of this new interior will be an eight-inch touch screen housing MyLink/Intellink and some OnStar 4G LTE hotspot functionality. If there is one feature that will put this on the forefront of this segment – the OnStar 4G LTE hotspot will do that. After all, the most likely customer for a smaller CUV is one who needs to be connected somehow through their mobile device. 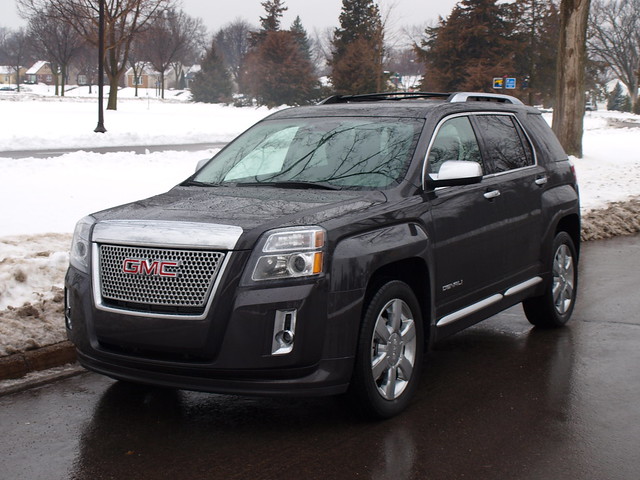 Overall, there will be up to six brands selling this new crossover. We know that the Buick Envision will be aligned with Opel and Vauxhall, the GMC Terrain is its own product and most likely the Equinox will be shared by Chevrolet and Holden. The question is which products will be sold in North America? If all three brands sell the same product, that will be an issue. The Envision and Terrain may have trouble selling on the same showroom. Yet, these same retailers have no trouble selling the Acadia and Enclave alongside each other.

There is a solution for North America – Cadillac.

If you keep the Envision as an Asian/European offering to be sold by their respective brands, you could develop a Cadillac version of this CUV. That will depend on the direction of the next SRX. That is another can of worms that does not need to be opened in this context.

Perhaps, there is capacity to sell the Buick Envision in North America. The fear would be the percentage of sales taken away from the Equinox and Terrain. If Envision sales become the result of lower Terrain sales at Buick-GMC showrooms, then that would become an issue. Terrain sales provide support to the Sierra and Acadia in terms of GMC brand growth.

The most important piece of the puzzle is the Chevrolet Equinox. The question for the next 'Nox is simple: What will it take to sell at the level of the Ford Escape and Honda CR-V? If there is a target, it should be a consistent 25,000 units per month with a goal of getting primary conquests from Ford and Honda. To do so, the design must be ahead of the curve rather than contemporary, interior design and quality must be at par with the latest Chevrolet products – namely the Malibu, Cruze and Impala – and the engineering must be beyond class normative.

In other words, the Equinox has to be extraordinary. It also has to be at near to current pricing levels. That combination should meet these ideals for the next Equinox.

If these thought actually become reality, GM may have a winner in the class. We have a year – or, even less – to find out.