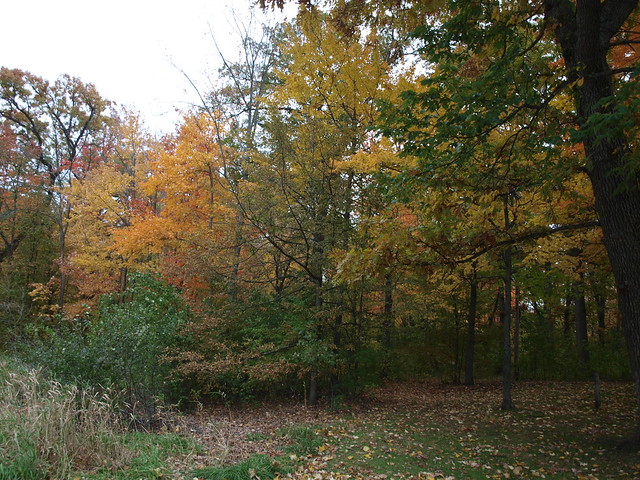 Minnesota is a blessed state.

The past 14 years have shown me a lot through every sub-zero winter day, every humid summer day, and every time the temperatures begin to rise in the spring and plunge in the fall. I have found a place I call home where there are truly four seasons.

Some may argue otherwise. I heard that Minnesota really has two seasons – winter and construction.

This state’s fall comes earlier than the rest of the nation's midsection. Somewhere along the Canadian border, the leaves will turn many different shades of earth tones until they fall off the tree. This happens as early as Labor Day. Eventually, the temperatures drop and the foliage changes further south.

This phenomenon is one where the heart flutters, emotions run deep, and an appreciation of place takes hold on the human soul.

In those 14 years of living in Minnesota, I never had the chance to chase the fall colors. To take a drive to experience the natural rites of fall. 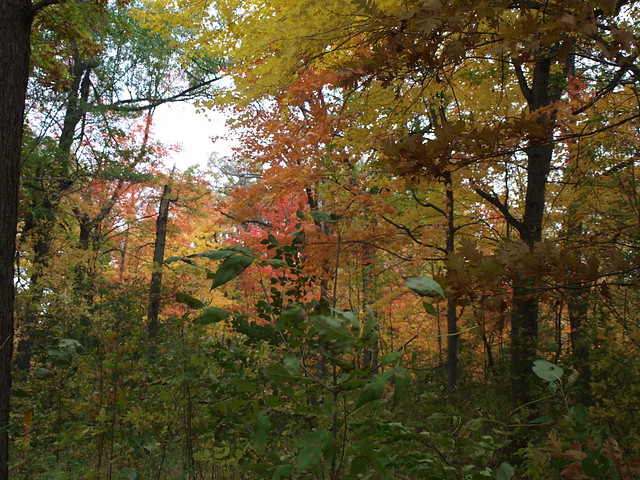 I will admit that I never had to go too far to see it happen. A look at my front yard will tell you that the leaves have turned and have fallen all over the place.

But, that detracts from the chase. They want to witness nature on its own soil. The unharmed, undeveloped land where it happens. The romance of it all unfolding live in living color.

How does one chase the changing of the leaves?

The first thing I did was to know where the best places to see the changing of the colors. A little research pointed me to a map on the Minnesota Department of Natural Resources website, where certain shades determine the degree of color change and at what degree towards peak – and post-peak areas. Post-peak areas mean that the colors have already changed and, perhaps, the leaves have fallen.

So, I pointed the 2019 Kia Sorento SX Limited towards an area that the DNR reported having between 75-100 percent of peak foliage. That way, I should be guaranteed a splash of color is a natural setting. 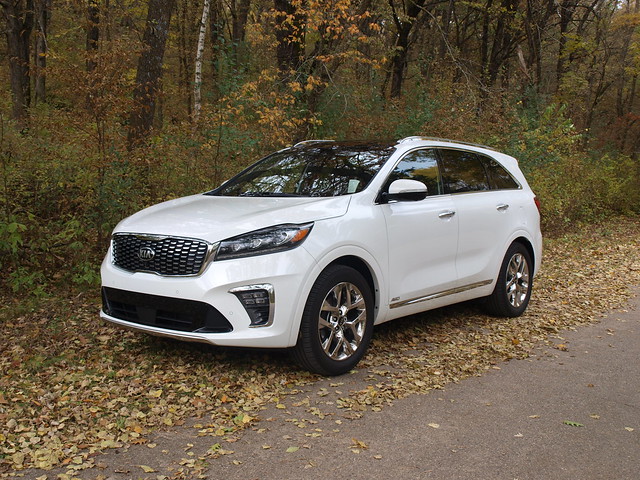 I headed westbound on US Highway 12 to find out. The map pointed to the Willmar area, two hours away from home. While the sun made an appearance behind me, clouds were forming in front of me. Temperatures dance in the 40s, peaking into the low 50s after noon.

As I drove along, I saw more green and tan on the trees than red or orange. I feared I would be disappointed. Something told me that I should've gone northbound on Interstate 35 instead. I was also concerned about air temperature up there and the aftermath of flooding in Duluth this past week as high waves crashed into the Canal Park area.

Did I mention that it snowed north of the Twin Cities that same week? I was not ready for that.

Upon arrival into Willmar, I pointed the Sorento up US Highway 71 to Sibley State Park. The thinking behind this move was the combination of nature, surroundings, and potential color sightings. I have been near this park, but never beyond the office. An $8.00 fee got me inside to explore further along Lake Andrew and up to Mount Tom.

I will admit that the park was simply too accessible for places to see the park. Mount Tom consisted of a rolling trail, but you can also drive up, park, and walk a paved path to the top. There, you just have to climb the stairs to the observation tower. The sight from there was extraordinary. 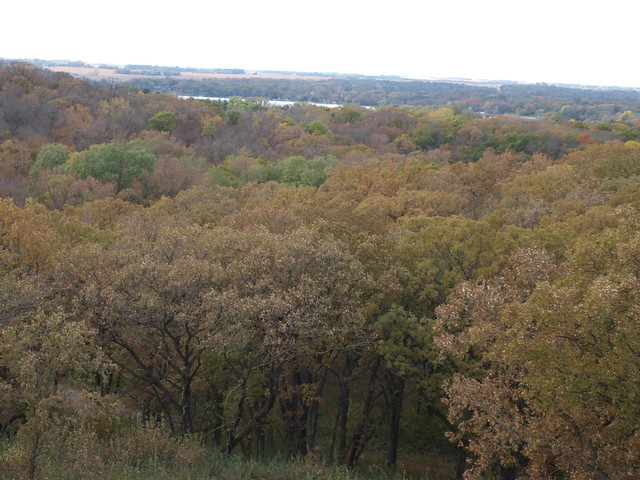 And, what did I see? More green than any other color. So much for the 75-100% peak color that the DNR indicated on their web map! But, was I disappointed? Not at all! The sight of the park from the Mount Tom deck and the details on the ground were wonderful.

By the way, if you have a camper, bring it to Sibley State Park! It is a superb camping park with cabin availability inside of a wonderful setting. The hiking is easy, as is the access to wildlife.

Yet, I was still searching for those classic red and orange leaves. I headed north on US Highway 71. Eventually, that would lead me to Sauk Centre. I was thinking Alexandria, which was 20 miles up Interstate 94. Maybe I was dreaming.

Alexandria is a nice town, placed on a lakeshore. It serves as a gateway to "cabin country." Places, such as Pelican Rapids, Detroit Lakes and so forth usually start with a stop in Alexandria. It should serve as a stop for a splash of leaf colors in the first third of fall. 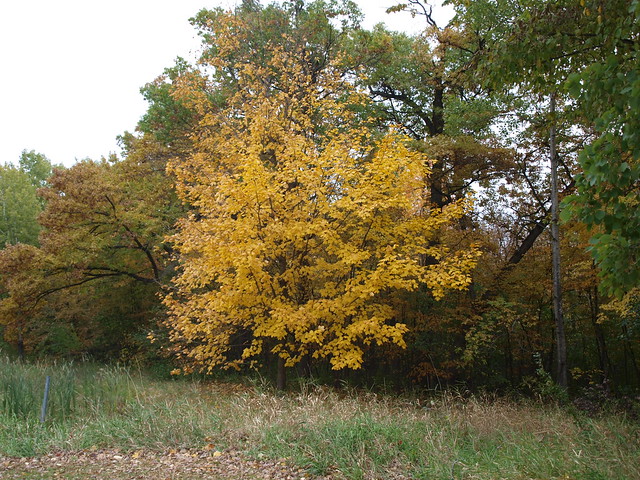 Yet, my body was telling me to head back home. A few stops later along Interstate 94 got me to stop at the eastbound rest stop in Enfield. There, I saw it. Fall colors! Not contrived, but in real Technicolor.

You can see the foliage from the first line of trees – lying in wait was the red, amber, and orange I was seeking. It was as fall decided to come closer to me, en route to home.

The next morning saw another color arrive at my doorstep. While carpeted with fallen red, orange, amber, and brown leaves, a white coating was sprinkled over it. Snow has arrived – a very unwelcome sight.

We often use colors to designate the time-space we live in. The color of the leaves denoting a season. The color of precipitation, combined with the temperature of the air, also tell us what month we are in. In Minnesota, we watch these colors with awe. Perhaps this is the same where you live.

Maybe it is these colors that bring you to Minnesota. I haven’t left in the 14 years since I first moved here. It is the cycle of life we enjoy up by the source of the Mississippi and the border with Canada.

DISCLAIMER: Vehicle used in this story was provided by Kia Motors America