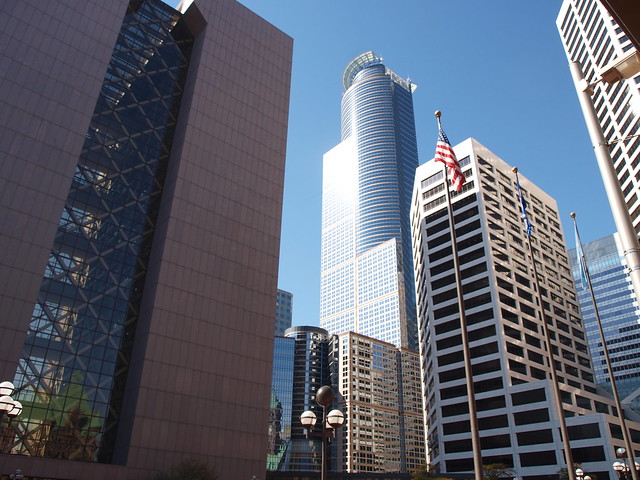 Seriously, who does a travel piece on their own city of residence?

Actually, such an article makes sense. You want tourists to visit the place you call home. You want them to come, stay, spend money, boost the economy, and leave with great memories.

All of these are valid reasons to do so.

If one thing almost made me not to do such a piece – it was the Super Bowl.

U.S. Bank Stadium hosted this past Super Bowl LII where the Philadelphia Eagles beat the New England Patriots in a high scoring affair. We put on our best face, took everyone's money – including Kevin Hart's (who almost messed up the trophy ceremony) – and sent you packing back from one of our coldest weeks of this year. We couldn't freeze you enough to make you stay at home. Not even our Minnesota Nice couldn't keep you from partying, dining, and keeping you warm before kickoff.

The Twin Cities can be the most hospitable place in the country – whether it is the mosquitos flying around the heat of summer or the bitter cold of the winter. And, yet, V&R (and your's truly) calls this place home.

Home for a website whose name pays homage to an intersection in a community some 1,947 miles away.

The question I had to ask is why would you visit the Minneapolis-St. Paul area? Why would we want you to visit us? What insane idea would want you to stay, eat, get drunk, visit museums, shop, and bask in the hospitality we call Minnesota Nice?

How about a few tips from moi? 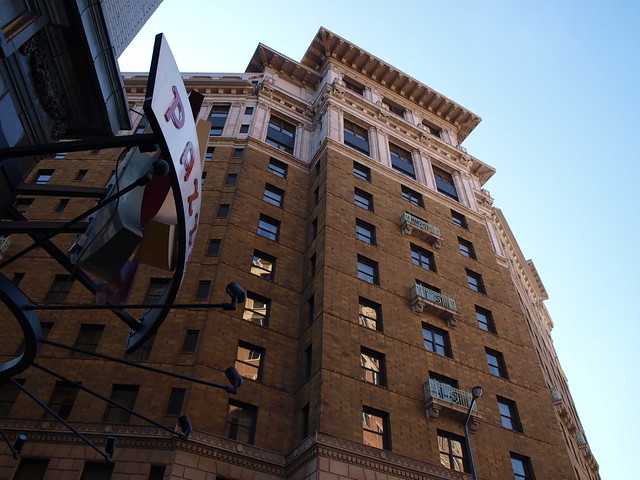 WHERE TO STAY? The Super Bowl prompted a growth spurt in new hotels – mainly in downtown Minneapolis. Yet, the region does not center in Minneapolis (though I live right next to it in an inner-ring suburb), but you can plot out a trip that does not require to stay there.

If I had to suggest a place to stay in the Twin Cities, let me begin in downtown Minneapolis. The advantage of staying downtown is easy access to Metro Transit's Blue Line light rail to and from the Minneapolis-St. Paul International Airport. The other advantage is that most of the places I recommend are connected via the Skyway system, which connects downtown by a walkway above street level – and away from winter's chill.

With that said, I would definitely recommend the W Hotel at Foshay Tower, the Westin that used to be a bank, the Hilton hotel nearest to the Minneapolis Convention Center, the Hotel Minneapolis created from another office tower, and the Aloft hotel near U.S. Bank Stadium. These are hotels I have experienced first hand, while there are many others in and around downtown Minneapolis that I could recommend that are equally accommodating and offer superb service. 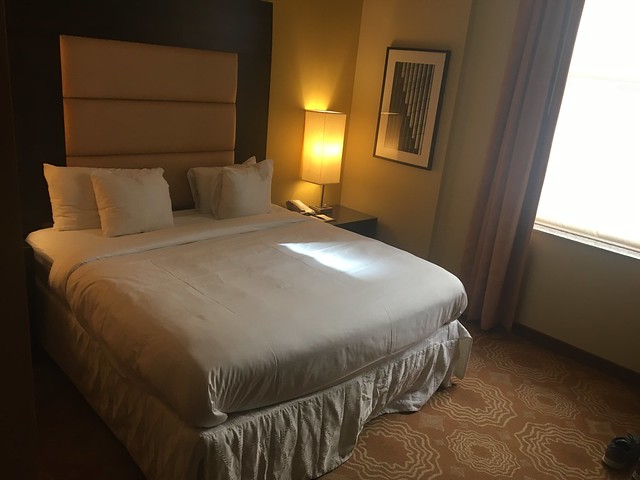 As I mentioned before, Minneapolis is definitely not the center of the Twin Cities universe. I found that suburban hotels – in particular ones near or within proximity to the airport – are equally accommodating with fine hospitality. I like the Hyatt Place locations by the airport and out in Eden Prairie. Marriott's Courtyard locations in Eden Prairie and Mendota Heights are also superb hits in my book. There is also a few Fairview Inns by Marriott along the I-494 corridor (Eden Prairie, Mendota Heights and across from the Mall of America, plus one up in Roseville) that are good, as well.

Eden Prairie is of significant mention because plenty of V&R's events usually happen in that part of the Twin Cities. You're minutes away from our "clubhouse," too!

This is just to name a few in various areas across the Twin Cities. There are many more I have seen and would like others to try. Of course, it takes a little bit of geographic strategy to find the right place at the right price per night that meets your needs during your stay in The Cities. 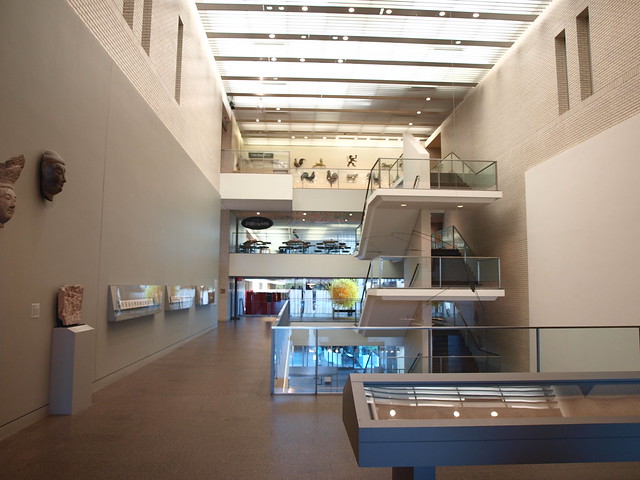 WHAT TO DO? One thing to note about the Twin Cities is that we have a great arts scene. If there was a takeaway from my graduate school experience – it was exactly that.

Start with the visual arts. The Walker Art Center is where modern and experimental art gets a space designed to engage. Across the street from the main museum campus is the Sculpture Garden, where you can see the cherry on the spoon, along with a blue rooster…or chicken…it's art. Deeper in Minneapolis is the Minneapolis Institute of Art. This is a comprehensive location for general art lovers, covering all eras and movements of visual art. It is worth the visit to see it.

The stage is where we thrive, as well. I always recommend the Guthrie Theater in downtown Minneapolis. Not just for the architecture of the building alone – including the free-standing extension out onto the Mississippi River. Check out it's programming for more down-to-Earth productions of popular plays and stage performances. For more stage and orchestral music performances, check out the Ordway in St. Paul and Orchestra Hall in Minneapolis.

The Twin Cities is also known for its music scene. The late Prince and Flyte Tyme changed the scene for good. Sadly, Flyte Time has moved out to Los Angeles closer to the epicenter of the music business. With the legacy of Prince, The Replacements, Husker Du, Soul Asylum, Rhymesayers Entertainment – there is something for everyone. First Avenue is the first place to look. A run through City Pages will get you connected with local artists at venues that range from big concert halls to the back of a bar somewhere.

By the way, Prince's Paisley Park studios in Chanhassen is now available for tours. 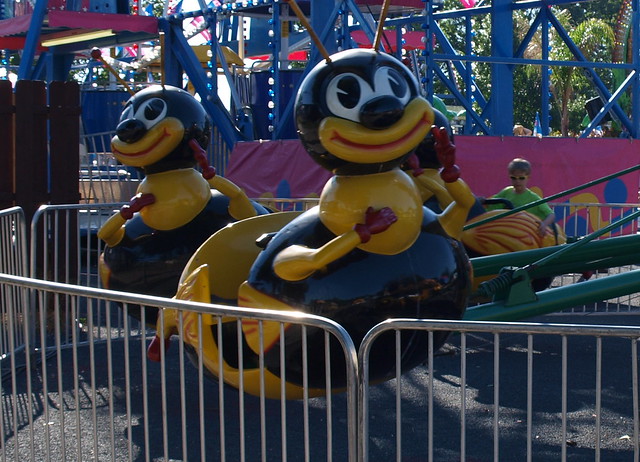 If you happen to be in town before or around Labor Day Weekend, there's the Minnesota State Fair in St. Paul. The fairgrounds is also home to some big car shows, too! Remember to save the diet after your day at the State Fair – and get as many things on a stick you can eat!

Lastly, our professional sports teams are worth watching. We have the Minnesota Vikings (NFL) at U.S. Bank Stadium, the Twins (MLB) at Target Field, the Wild (NHL) at the Xcel Energy Center, the Timberwolves (NBA) and Lynx (WNBA) at Target Center, and Minnesota United FC (MLS) at TCF Bank Stadium. There is also the St. Paul Saints of the independent American Association at CHS Field. Of course, there's the University of Minnesota (Twin Cities campus, in case you're wondering) and their regimen of NCAA Division I sports.

There's plenty to see and do – including architecture, the parkway system(s), and going to downtown Minneapolis and getting lost in the Skyway. Take some time and do something non-touristy, like explore Uptown Minneapolis or St. Paul's Lowertown by foot and Metro Transit bus/light rail. 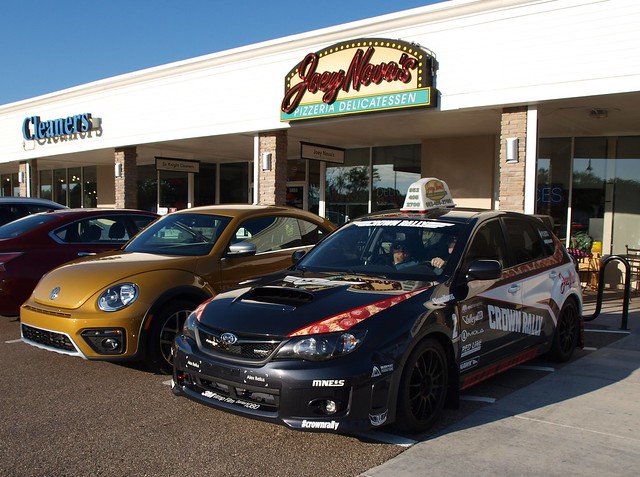 WHERE TO EAT? Our restaurant scene has been the focal point of our metro area in the last several years. The reason above all is Andrew Zimmern – our local celebrity chef. Though we may think that what he says is the gospel truth about the food scene, I would beg to disagree. That is why I go to Lavender Magazine's Joy Summers and KARE11's Pat Evans for deeper context on dining locales and the hot spots around town.

However, a true V&R reader knows to go out to Tonka Bay, near Excelsior and Lake Minnetonka, to get the true flavor of this website. We're talking Joey Nova's. This is a pizza joint that does pasta, sandwiches, and so forth to extraordinary results. You order at the counter, the food is delivered to your table, and you enjoy your meal. You might get Gary or Anna to come up to your table and greet you. That’s how we do it in the V&R Universe.

But, if you must elevate your dining experience, do so by finding great places anywhere in the Twin Cities. The first rule of thumb is to avoid national chains and restaurant brands. Which means you have to find local spots that offer superb food and service within your budget. When you do – stay away from touristy restaurants! You will know which ones they are. 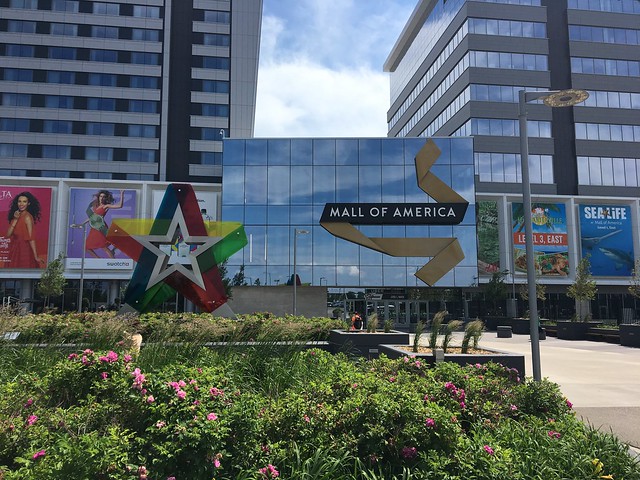 WHERE TO SHOP? Before anyone pipes up and say "Mall of America," let's talk for a moment. We have other malls and retail outlet centers within and beyond the Twin Cities. We also have touristy retail shops that cater to tourists. So…where do you shop?

If you find a great local store that offers great value in the things you want – go for it! There are a few places to go but finding them will be a chore. Search engines are your friend.

Keep in mind that Target and Best Buy are based here in the Twin Cities. The local locations are under a microscope by their corporate minders to perform accordingly. They are also testing locations for national campaigns and product lines for their respective headquarters. You may also find "store concepts" that you may not see back home – like smaller Targets in select locations, such as near the University of Minnesota’s main campus, Highland Park in St. Paul, and in Uptown Minneapolis.

Here is one tip for the thrifty shopper: the state of Minnesota does not charge sales tax on clothing.

However, you can still shop at MOA. Remember, no sales tax on clothing! 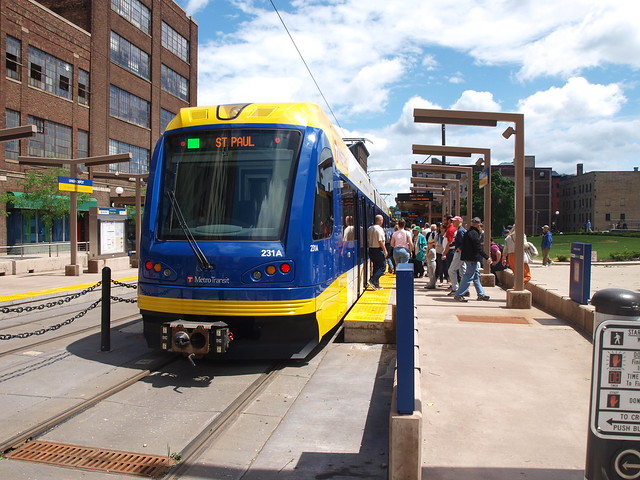 GETTING AROUND: If you're staying in either downtown, Metro Transit has you covered. There's also a Skyway system in St. Paul that connects Lowertown with the Xcel Energy Center. In the suburbs, a rental car would suffice. We also have Zipcar, HourCar, Lyft, Uber, and taxicabs. For bicycling, the Twin Cities has been named one of the prime locations to do. You can rent one from Nice Ride at any of their 200-plus stations across the Cities.

If you have to drive, we have a lot of construction across the Twin Cities right now. Some of it is right outside my door…and down the block. Construction zones do change and traffic can be impacted. One thing I ask everyone visiting the Twin Cities is this: be patient!

Our airport is fine, but it is also going through plenty of construction at Terminal 1. If you fly Southwest, JetBlue, Sun Country, Icelandic, or Condor – Terminal 2 is a breeze getting in and out. You walk to the light rail and there are rental cars, shuttle vans, taxicabs, and app-based transport available there. Terminal 1 is for all other airlines flying in and out of MSP, including its largest carrier – Delta.

We also get Amtrak service at St. Paul's Union Station. It is a vast, classic building that should be better utilized with more services, Though, you can get intercity and local buses, Metro Transit’s light rail, and the two Amtrak Empire Builder trains per day. 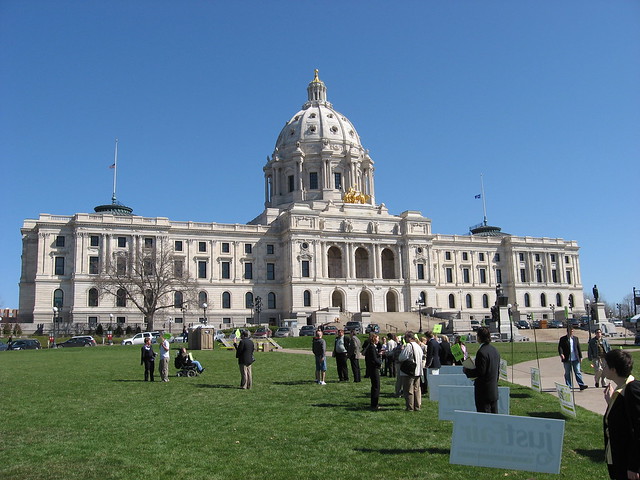 There you have it – my city. V&R's center of operations. The Twin Cities – where it gets really cold in the winters and the mosquitoes take over in the summer. Plus, construction. You’ll love it here!

No, seriously, this is a no better time to visit us in the Twin Cities. The Super Bowl is over. The NCAA Division I Men's Basketball Championships – er, the Final Four – is not until next April. Plenty of time to get your Twin Cities trip in!