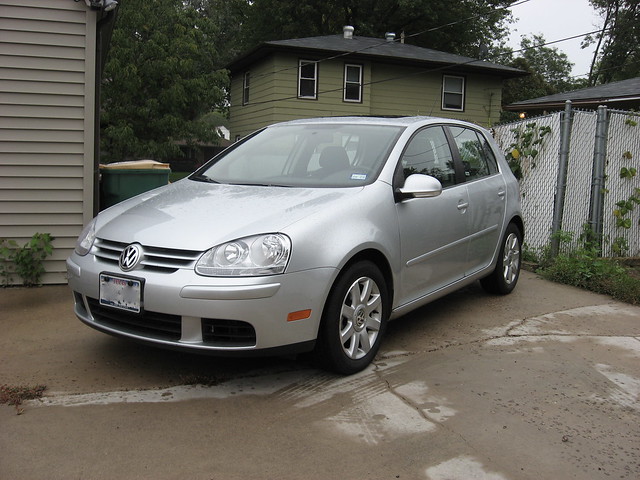 A Victory & Reseda Throwback Review of the 2006-2009 Volkswagen Rabbit

No one should underestimate the power of a Volkswagen. Not just in mere horsepower or presence on the road. Rather in a single word: Fun.

If I looked back at all of the Volkswagen cars and SUVs I have driven since that first Mark II Golf in 1986, one common thread has been experienced in every one. These are not just mere automobiles. They are ones that subliminally encourage its drivers to do things they normally should not legally do. Whether or not that subliminal message is heeded is up for debate.

Yet, a Volkswagen can be pure bliss. Like that Mark II Golf back in Los Angeles. Like the Mark V Golf – er, 2007 Rabbit 2.5 – featured in this Throwback Review. In other words, the link between these two hatchbacks is the word "fun."

Fun is a relative term. For Volkswagen, there are degrees of fun even as each model shares the same DNA throughout the line. This is true for the fifth generation Golf…OK, Rabbit. It's about choosing the right flavor to whet your appetite in driving.

Before we get into the Mark V Golf/Rabbit, an explanation as to the name confusion is needed. In 2003, Volkswagen introduced this car in Europe, years before the rest of the world had their own. It was a major leap over the Mark IV Golf because of the feedback Volkswagen received on it. Some have said that the Mark IV Golf was the car's low point in its history. Quality issues dogged that generation and continue to have a poor reputation today.

In an interesting twist, the Mark IV Golf continued to be built with updates in a few places around the world after the Mark V model was introduced. In North America, our Mark IVs were still bring supplied out of the Curtiba, Brazil plant until Volkswagen thought we were ready for the new generation model. That took a few years – the 2006 model year, to be exact. 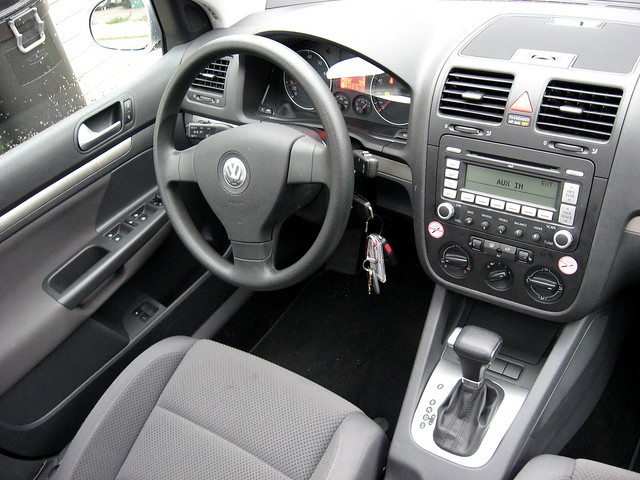 While the original Rabbit was the first successful front-drive hatchback in the USA, the Golf had not done well for Volkswagen. The GTI kept on selling for its enthusiast following, but the reality at Volkswagen dealers mirrored the reality of the compact car market. Customers in this class were not buying hatchbacks, but sedans. While built on the same platform, the Mark V Jetta was Volkswagen of America's bread-and-butter – the volume seller for the brand.

It was a reality that also helped rename the Mark V Golf with its more fabled model designation. Lightning can strike twice, right?

What was the Rabbit like when I finally encountered it for more than a dealer test drive? OK, I rented it, but…

First off, the five-door Rabbit combines the passenger utility of the Jetta sedan – the one that shares the same platform – with the versatility of the hatchback. It may seem that, in reality, the doors to the Rabbit may be a bit smaller than the Jetta's in this configuration. It may seem like a tad, but enough to make an actual comparison between the two.

Inside is nice. Anyone familiar with the Jetta will feel at home in the Rabbit. It is an ergonomic treat with familiar Volkswagen dials and switches. Blue lighting makes night driving soothing. Keep in mind that neither the Jetta nor the Rabbit five-door are "kick back and chill" cars to drive. You need to be engaged to run these cars through any situation. The driving environment instills this idea just right.

The one thing I found when driving the 2007 Rabbit was this notion this it wanted to be two cars in one. While it looked like a GTI with an extra set of doors, it had the practicality of the Jetta – something that remained a theme for this car. This "best of both worlds" ideal comes when you put your foot down for the 150 horsepower 2.5 liter five-cylinder motor to respond. It responds quite noisily with an authoritative roar. Its six-speed Tiptronic gearbox, it makes short work of commutes, in-town shags and open highway jaunts.

The Rabbit rode a bit softly, but I expected it for being a four-door with a hatchback. Handling could be tweaked a bit as it had a tendency to get wild on some corners. To achieve that, I would have driven the GTI instead. In the past, a Volkswagen Golf, Rabbit, GTI or even a Jetta had a tendency want to throw you into the corner and lift a wheel in the air for a bit of fun. Sure, it's fun, but if you like wild fun, then the Rabbit became that car. I’d rather be planted on the tarmac when I take a corner. Otherwise, it braked extremely well and the steering radius is as tight as you can get. I loved the response in the steering system. In all, these characteristics that denote a compact Volkswagen from all others. 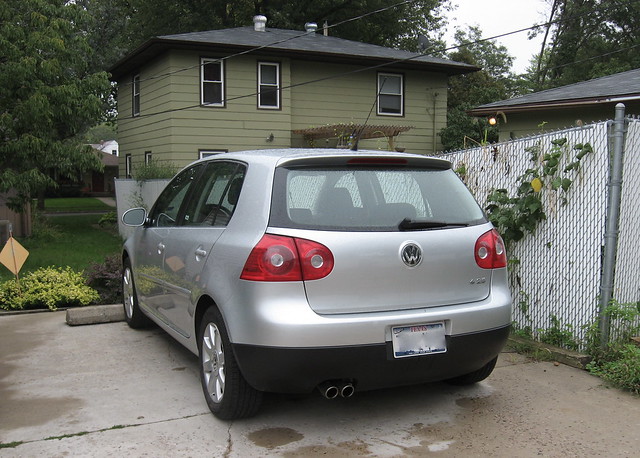 In turn, the Rabbit achieved decent fuel economy. I averaged 25.3 MPG overall. Considering what I was usually driving in the late 2000s, it was much better than I expected.

I talked about how much fun a person could have a 2007 Rabbit. Perhaps I listened to the subliminal messages from this car a bit too closely. During my time in this rented Rabbit, I received my first ticket in 16 years. OK, make that two. One was given by the Minneapolis Police Department on the Hennepin Bridge as I sped several over the limit. The officer gave me a lesser charge because of my clean record.

I was about to pay for that ticket at the Southdale Service Center in Edina when I found myself going a bit faster down the street. The Edina Police Department had a speed trap set up and pulled me over. That one was truly a speeding ticket that remained on my record until it dropped off in 2011.

Needless to say, the Mark V Volkswagen Rabbit was a fun car. One must be cautious as to how much fun one would have in a Rabbit…or in any of today's successors! I learned my lesson on having too much fun in the Rabbit…two tickets and $290 in fines later.

PRE-OWNED VEHICLE INFORMATION: Per a search on several car shopping sites, V&R found there were several 2006-2009 Volkswagen Rabbits available between $2,900 and $10,000. Mileage and condition varies, but most were found with over 70,000 miles on the odometer, the highest being over 185,000 miles. If you are specifically looking for a Rabbit 2.5, may we suggest widening your search to include the more popular GTI. Note that the 2006-2007 Rabbit 2.5 had 150 horsepower, while 2008-2009 models had 170 horsepower. Always have any vehicle inspected before purchase.