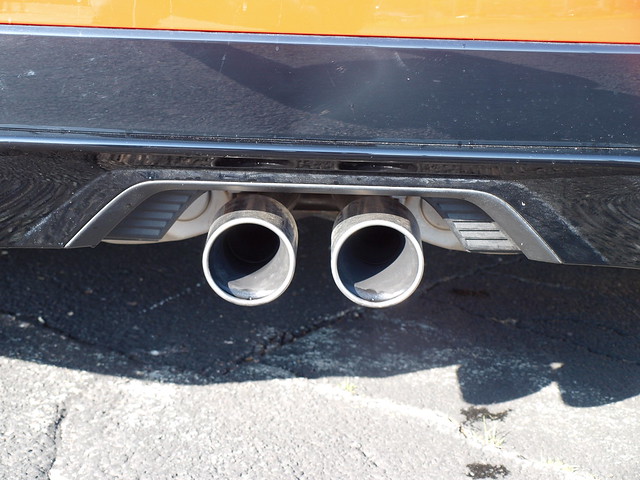 Choosing a #VOTY is not an easy task.

The steps taken to get to the awarding of it can be a mix of emotion. It's energetic, because of the chase of information needed to score the evaluation part of the process, along with capturing each social media engagement and impression. It;'s frustrating, because of the task of waiting for the panel to deliver their votes to determine the finalists. It's satisfying because the end product is an accomplishment.

In reviewing the Long List for #VOTY17, it is not whether each of the 41 nominee vehicles is the best of the best. It is what's inside these nominees.

Here is what you should know about #VOTY17 so far…

For vehicle types, 18 nominees are SUVs and crossovers. They represent the hottest vehicle type in the automotive marketplace. There are three pickup trucks in this field, with a minivan and a couple of wagons thrown in for good measure. The rest is a combination of sedans, hatchbacks, and coupes.

One of the rules in #VOTY17 is that particular variants are not broken out from each nominee. If the Ford F-150 comes up as a finalist, Raptor fans would have to vote for the F-150 lineup and not just the Raptor. The same goes for the Honda Civic and those Type R and Si fans. If the Civic comes up on the ballot and you love the Type R, there is no provision to vote for that variant. There are plenty of instances of this currently among our Long List of 41 nominees.

Rarely does a #VOTY nominee come in over $100,000. Not that I work with such vehicles – unfortunately, none of them qualified for this field. But, understanding the breadth of the price range represented among these 41 vehicles is indeed staggering. The truth is that none of the nominees came in over that $100,000 sticker threshold – that includes destination charges.

Eight of these nominees were tested as electrified vehicles. None of them of were full-battery electric vehicles, but there were a couple that could be plugged in. Fans of electrification could actually see a total of 11 nominees that are available as a hybrid, a plug-in hybrid or a fully electric vehicle.

The argument for turbocharging was to add power to a smaller engine. They are seen as more efficient than the larger naturally aspirated engines they replaced. Fourteen nominees were tested with a turbo. One of them added a supercharger for good measure on top of the turbo.

They always say that there is no replacement for displacement. I was born in a world where the V8 was king. The tried and true engine still exists, and some are more exciting than ever – in my humble opinion, of course. Only five nominees were tested with V8 engines. Yet, there are six other nominees that can be equipped with one.

Considering some recent debates over a certain trade agreement that are happening at this moment, country of origin – rather the country of final assembly – is an interesting statistic to parsed out here. Fourteen of the nominees were actually finished in the good ol' USA. Other countries that are represented in the final assembly race are Canada, Mexico, Great Britain, Germany, Japan, the Republic of Korea, The Netherlands, and Sweden. Here is a trivia piece: The one nominee you might think had their final assembly in the UK is not the one you think it is. The MINI Countryman was finished in The Netherlands, whereas the Honda Civic I reviewed was made in Britain.

While all of this is just trivial points, we have yet to get to #VOTE4VOTY – the public vote. Stay tuned to find out which of these 41 nominees will be available for you to choose #VOTY17!