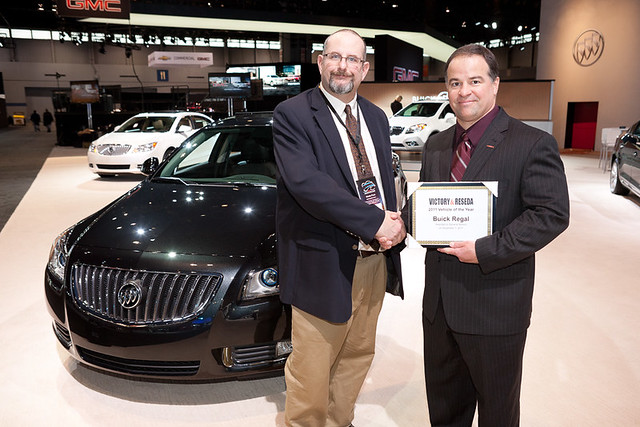 Formally known as the Victory & Reseda Vehicle of The Year award, the #VOTY is an invention of modern automotive coverage.

Born from social media engagement, #VOTY has been a stalwart against many more significant awards over its ten-year history. The idea of giving people the power to vote their favorites among a list of finalists is audacious as the award itself. It is audacious as the outlet that awards it to its worthy, democratically-selected recipient.

That fact that it is still being done after ten years is an amazing feat onto itself.

Being a presenter of a "best of" is not easy. Nor is the job of facilitating the process towards presenting the #VOTY. The fact that V&R does it gives it an edge on other websites and blogs. This is a thing I am very proud of. It puts V&R on the map.

The fact that I can ask 23 of my colleagues to form a panel to help select the finalists for a public vote out of 41 vehicles is also an audacious task. It provides opportunities for those of us who may not be involved with larger awards – such as the North American Car/Truck/Utility of the Year panel – a voice to be heard by the manufacturers.

Between the scoring based on real-world evaluations of each vehicle, the panel scores, social media traffic, and your votes tell the manufacturers that we can be a part of an accolade to be awarded to a worthy product in the industry. We are indeed the "kingmakers," not me.

But, is it all worth the effort?

One thing I was told by a friend who was the social media communications specialist at one of the manufacturers that received the award in the past is that the industry loves receiving awards. They love to know that even a small group of people can select one of their vehicles as being "the best" of a period of time, or through comparison came out on top above all.

Perhaps this is the power of #VOTY. Of being that audacious little award that is presented to a happy recipient. To be able to create an award and find a way to present it in a dignified manner is just the icing on the cake.

Let's reconvene on November 15 so you can actually #Vote4VOTY! It will be the tenth time you are able to do so. Make your voice heard and count!