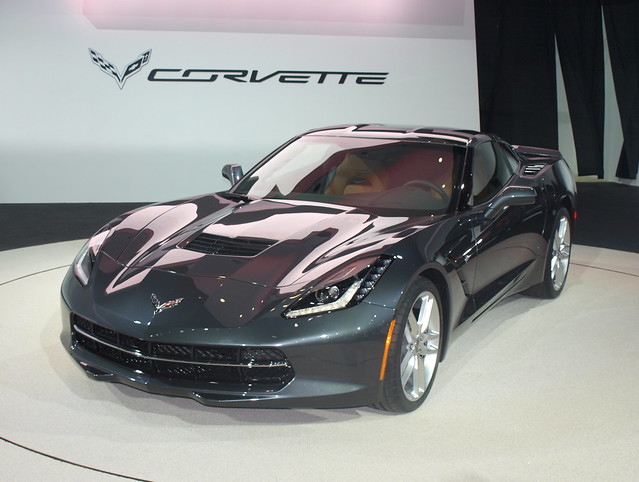 Winter is the time of pondering.

Up in the cold of Minnesota, dreams are what we have to hold on to. Dreams of warmer days, fun outdoors and to go places to follow the sun. We yearn for those times when we can do exactly that. We also wish for the sub-zero temps, wind chills and snow to magically disappear.

This time of staying indoors helped in plotting out vehicles I would love to drive for 2015. Compared to when I first got serious about this work to now, the list of “dream cars” have been narrowed. I have not drove everything, but it would be great if I did.

Yet, the list keeps on growing. New entries tantalize and excite at every turn. Experiential moments evoke the desire to accomplish something special. Some readers – you included – will get a chance to experience it along with me.

What am I talking about? How about a list of vehicles I have yet to drive – and would like to for you this year? Which one should I start with? Ummm…

PORSCHE 911: We basically grew up together. We're about the same age – the Porsche's slightly older. However, I have never driven one. Not even an old one. How could I call myself an automotive writer/blogger/whatever and not drive one of the world's best sports cars? The question would be – which one? I always believe that you have to start somewhere when approaching a great car with a wide lineup. That would mean a Carrera (350 horsepower) or a Carrera S (400 horsepower). Either one could be had with a choice of rear- or all-wheel drive. Also, they are available with the PDK. I have sat in them…and they are extremely comfortable and focused. Other choices? Maybe step up a notch to the GTS or go all the way to the top with a Turbo? Would it be a coupe or a Cabriolet? Maybe even a Targa? No matter which one will be presented to me, the 911 is a given – this is an experience that must be accomplished.

CHEVROLET CORVETTE: Same situation. A lifetime of never taking the wheel of a Corvette – America's true sports car! I should give up my passport for this! The C7 is actually the first Corvette I am able to get in and settle in. Of course, I would be presented with options. The Stingray has 460 horsepower of pure V8 power on tap, while the Z06 offers up 650 horsepower from a supercharged version of the same engine. Either one can be had with a brand new 8-speed automatic, which will help matters. The point of the Corvette is to not mark this off of the bucket list. Rather, to enjoy one of the greatest cars ever created in this country.

HELLCAT: You might as well call it by name. It is an engine – 707 horsepower of supercharged HEMI V8 power. That number alone is mind boggling. It also evokes fear. If one had not handled an SRT motors of any kind, why should you even consider handling a Hellcat? However, I have – twice: a CTS-V and a V12 Bentley. Maybe I am ready for 707 horsepower? What we fail to understand is not the horsepower, but the proper use of it. Whether it comes in a Dodge Challenger or Charger, I welcome the opportunity to drive onto the latest plateau of attainable performance.

MERCEDES-BENZ C-CLASS: It is the only mainline Merc I have yet to drive. There is a reason – I could never fit in one. A recent seating in the C-Class confirmed that the space was there. So is the comfort and the luxury. For 2015, the C-Class is an all-new model put into the mix of one of the hottest premium segments around. The challenge of the C-Class is to drive it on its own merits and not consciously compare it to the BMW 3-Series and Cadillac ATS – both cars I had experience with. Then again, a comparison is going to happen no matter what. Maybe that is the challenge?

FORD MUSTANG: Fact is that I have not driven a Mustang since 1990. That just happened to be a 1968 coupe. During that time, I passed on Fox bodies and the D2C platform retro-designed models. The 2015 Mustang is something to end that void. From recent seatings, the Mustang looks like loads of fun. From what I heard and read about, it also may be the right Mustang to drive after all these years. But, which one? A GT seems like a natural, but the EcoBoost may be a different kind of Mustang altogether. Whichever Mustang I draw, I will be ready for it.

LEXUS RC F: I like what Lexus has done for their first coupe in ages. It is a start of a brand focus towards performance while providing a lineup of luxury vehicles. Though one could drive an RC, namely a F Sport. However, one could truly experience the ultimate RC – the F. That 5.0liter V8 has 467 horsepower. There is an 8-speed “direct shift” transmission attached to it – spinning only the rear wheels. The idea of a performance sports coupe – aside from the Porsche 911 and Chevrolet Corvette Stingray mentioned above – is just simply worth the dreams of an old guy wanting to fulfill a bucket list.