It was a single car started everything for Victory & Reseda.

The idea of that car began on the first day of the 2011 Twin Cities Auto Show inside of the Minneapolis Convention Center. I was to meet with the regional communications contact for Chrysler to get a good overview of their display. That led to an introduction with the regional communications contact at Toyota Motor Sales USA. This gentleman asked me two question: Was I member of the Midwest Automotive Media Association (not at that time, and I have renewed my membership since) and have I ever received vehicles from their press fleet?

The latter question lent to a huge turn in the progress of this career. The gentleman from Toyota stated that he had a Lexus IS in the press fleet he wanted to send me. How could I not turn that down?

Well…I had a plan, though. I asked the press fleet manager to reschedule the car for the week of my Capstone presentation at Saint Mary's University of Minnesota. I felt it was a great transition from graduate school life onto this career – not consciously, but it did make for a good story. Why not go out in a blaze of glory, coddled in Lexus luxury.

It worked….except for the wacky slush storm the Twin Cities received that Saturday morning.

Did I mention that the aforementioned Lexus turned out to be an IS 250C – the retractable hardtop convertible that Lexus offered at that time?

From that one car came a relationship with a luxury brand. Every model ever sold by that brand came through my front door, spent their requisite time with me and yielded stories worth reading over these past five years. Some even showed up multiple times – even if it were other versions. This brand presented hybrid gas-electric propulsion solutions, huge V8 power and everything else in-between. Some even wore a single letter – one that meant to rock the house.

These five years yielded plenty of stories that stemmed from this singular brand. This was a luxury brand that had the improbable task back in 1989 to challenge the status quo of the monied automobile owner. At times, Lexus ruled America – becoming the best selling premium brand several times in its short history. 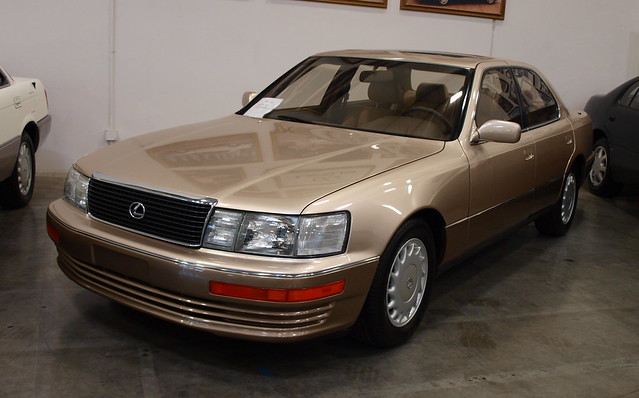 My admiration of Lexus came from that beginning. Toyota developed a flagship sedan fusing its finest engineering and technology with a keen eye on the prize. The original LS 400 presented a challenge to the luxury car buyer by inviting them to take a different view on what they were buying. These customers bought the badge, the status and the perception of excellence because of its country of origin.

The LS 400 was a hit. Lexus also took over the top billing in J.D. Power's Customer Satisfaction Index by 1991. The lineup was expanded to include the venerable mid-sized ES, the big SC coupe and the sportier GS sedan. Lexus has since added hybrids, SUVs, crossovers and high performance models.

Leading up to the arrival if the 2011 IS 250C, I have never driven a single Lexus. Not even a test drive at a dealership. Sure, I have driven a Mercedes-Benz, an Infiniti…even owned a Acura and an Audi. But, having never driven a Lexus prior to 2011 may have been a smart idea…sort of.

Sure, I missed taking the wheel of some of the brand's finest machinery. Yet, I may have finally stumbled upon the latest wave of Lexus excellence today. Getting there was a bit of a journey.

How do I keep up with all of these Lexus vehicles?

I believe the better question is what has been the throughline of all of these models?

My philosophy on luxury is quite simple: It has be special. There has to be a special feeling when one approaches a luxury item – whether it is an article of clothing, a high-end audio system or a fine piece of furniture. It has an air of aristocracy, the feel of elegance and a higher level of quality in the build and materials. I expect a lot from a luxury item of any kind.

Lexus may had its knocks for being a Toyota with better bits. Some have downright derided them as Toyotas – period. I disagree. All eighteen examples of various Lexus products yielded something more than just a mere shell of its parent company. 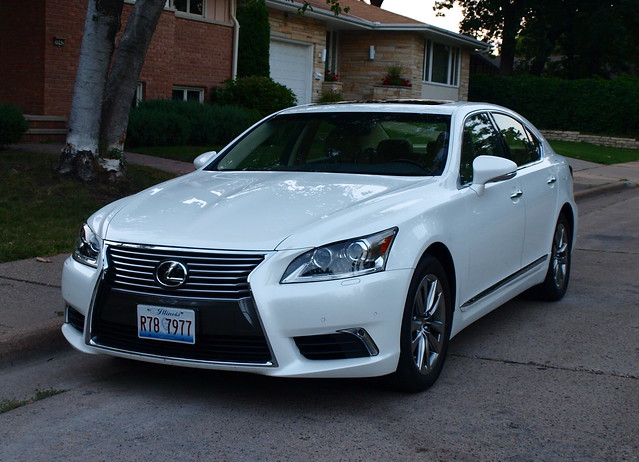 For example, my two drives in the LS 460 formed a conclusion on how much of a flagship the big Lexus sedan remains some 25-plus years after the original was introduced to the marketplace. But, what we often miss is the point of a flagship. It is not about how much technology you throw into one, or the final price tag of a primped out one. The ultimate idea of a flagship goes back to the basic idea of luxury – how special it feels. The LS 460 is exactly that.

Mile after mile, one simply needs to take the wheel, engage with the throttle, brake and steering wheel. The rest is simply icing…rather more layers of the cake itself. You sit back in big chairs, as you let the LS 460 simply glide smoothly over indifferent patches of tarmac. Your companion is powered by a Mark Levinson audio system that surrounds you with your favorite tracks. The climate is properly controlled, even down to the seats. There may be greater cars on the road with more luxurious accommodations, but the LS is the right kind of opulence I have ever experienced in my life.

Miles are meaningless at this point. On one of my last drives in the LS 460, I was ferrying a colleague from Madison, Wisconsin to Joliet, Illinois for a event put on by the Midwest Automotive Media Association and General Motors. Certainly, one can tell between a piece of Wisconsin highway and an Illinois Tollway by feel and sound. In the LS 460, the sound was muted – it was strictly feel. There was nothing really to feel, as the LS made the drive feel more like a smooth flight. That is exactly how I should experience a flagship – engaged, yet relaxed.

On the opposite side of the spectrum is the RC F. What is it about the one Lexus model that I would be audacious enough to proclaim it best car I ever driven? Consider what is under the hood – that 467 horsepower 5.0 liter naturally aspirated V8. Yet, the biggest complaint by everyone else is its weight – pushing close to 4,000 pounds. In relative terms, it is lighter than another favorite performance coupe – made by an Italian-American conglomeration just outside of Toronto.

But, specifications are not the reason why I love the RC F. It ticks all of the boxes for me – a classic coupe design with modern muscle car performance and the right amount of technology to play with. Combined, it provides excitement that make people bend their necks in its direction. It also provides a simple rush of adrenaline without a jarring wake-up call every time you take the wheel. 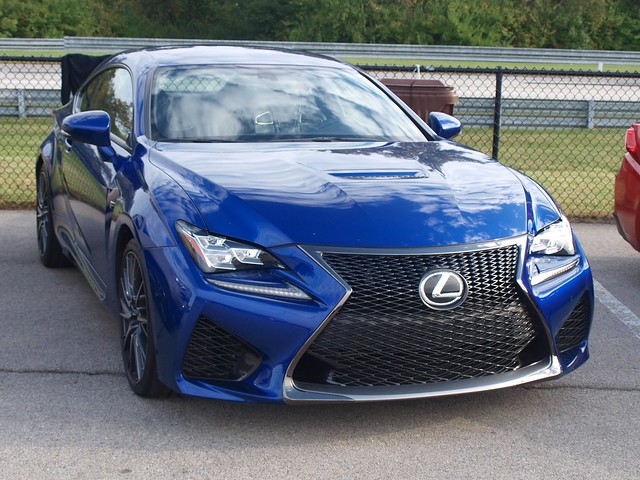 The RC F is a performance car that is simple to drive, simple to set up and simple to get in trouble with. There were moments when the speedometer reached a speed above the legal limit without alarming me as such. The power is smooth, drama-free. Yet, you can throw this into a corner and it will thank you and ask for more. Put it on a track and it wants to play. Weight be damned, I enjoyed how it wants to play out on any tarmac. Think of Jerome Bettis on a long run, Shaq going in for a slam dunk or Chara firing a shot into the goal. Yes, that kind of fun!

Looking inside the RC F may be intimidating. The seats do conform to your body after it thinks you're good enough to pilot one. The center TFT dial creates the best visual of all – the drive mode, Torque Vectoring Differential, tachometer and digital speedometer become is a pulse meter on your well-being, as well as a measurement of the car's own pulse.

My time working with the Lexus lineup yielded some great moments in this work. From the first IS 250C to the latest RX 350, every moment has been captured through vignettes that crossed the notion of luxury transport and a very familiar environment. Each Lexus feels like home now. I am always welcomed by the comfort of the seat, entertained by an audio system that could store up to 36 radio channels of my choosing and is motivated to ensure that something exciting is about to happen a mile or so down the road.

I am only scratching the surface. As much as people want to deride Lexus as being some fort of “fancy Toyota” are simply missing the point. They have to go back to the original LS 400 to understand that the brand was centered on elevating the automobile, providing its own identity and presenting them to customers that are indeed looking for a solid luxury automobile to own for the long term.

Yet, one can break down each Lexus model down to its Toyota core. Once you build it back up then perhaps you can see the difference. It is like reconstructing an onion.

On my horizon, I only see the finished product. It has been the case for every Lexus I welcomed in my work. It will always be that way for every Lexus arriving in the future. 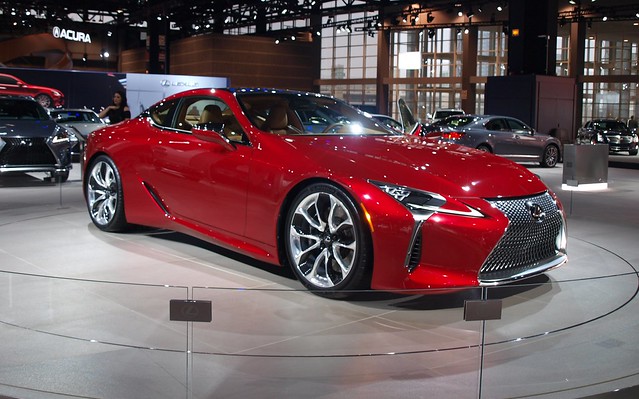 And, the future is bright. One cannot ignore the promise of the LC 500. It is shaping up to be the most anticipated luxury car in the next 18 months. I am also excited for the next generation LS that has yet to emerge from the design studios. I can only imagine how much of a leap this new flagship will make with the available technology it could have on board and, maybe, an extra measure of luxury that will make its rivals a bit envious.

Immediate attention is now drawn to a list of Lexus models forthcoming to become part of this work. Chiefly, the GS F has me transfixed as to how the RC F's V8 engine will transform this mid-sized, rear drive sports sedan. Just thinking about getting behind the wheel and seeing whether the same experience of the RC F is translated onto a larger sedan.

I have welcomed many brands and vehicles onto this work. None had ever engaged me as much as Lexus. It is the promise of luxury I had only experienced on the fringes. These machines embody an air of familiarity like a comfortable pair of jeans and t-shirt. The first IS 250C introduced me to this experience. The LS 460 was a realization of a lifelong dream of living the experience at the top of range. The RC F opened my eyes wider than any performance car has ever done in my life. The CT 200h showed how a sustainable car can be fun to drive. These, among the rest of the lineup, are the sum of a grand experience in total.

I could not imagine a career without working with these cars. I am glad they came into my life. The yield was extraordinary – in abundance of interest and admiration, as driven by engagement.

Since the beginning, Lexus has always been a huge part of this work. It continues further onward.